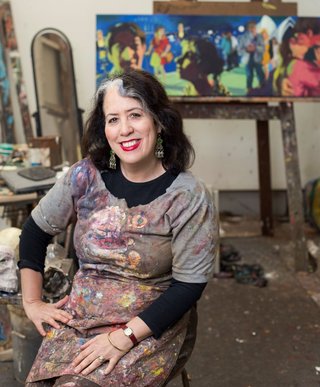 In The art that made me, artists discuss works in the Art Gallery of NSW collection that either inspire, influence or simply delight them. This selection by Wendy Sharpe first appeared in Look – the Gallery’s members magazine.

It was hard to choose just a few works from the Gallery that have influenced me. There have been so many. I grew up in Sydney and this is where I saw my first ‘real’ paintings. Paintings – and it is paintings I am most interested in – appeal for many different reasons: the idea, the subject, composition or paint application. I am not interested in most landscape painting, nor the cool and minimal, preferring the unashamedly subjective.

I travel often and I live and work part of every year at my apartment/studio in Paris, so I am lucky enough to see many great exhibitions. Even now with such wonderful technology, when it comes to painting, there is nothing like the real thing.

On my list could have been a Tosa School Japanese folding screen, which is a form I have worked with myself, but I decided to only list paintings on display, or else I would have chosen some 20th-century English paintings – Walter Sickert, Matthew Smith, Leon Kossoff and Frank Auerbach. I also would’ve chosen an Arthur Boyd from the Artist or Nebuchadnezzar series, or a work by my favourite living Australian artists, Kevin Connor and Peter Booth. 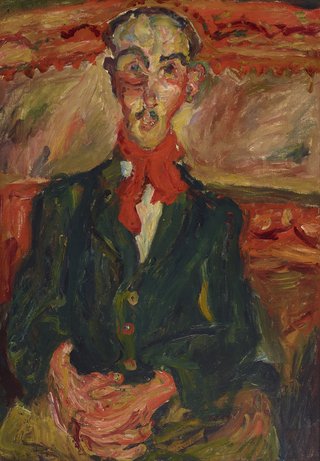 I have loved Soutine since I was a teenager. I also have Russian Jewish heritage. My relatives come from around the same area. Seeing the actual paint is particularly important with Soutine. It is hard to see in reproduction. This painting shows the energy, twisting distortion and the linear layered brushstrokes he often used. Also the intensity of feeling he put into everything.

There is a limited range of colour but still so much variety and sensitivity. There is also a wonderful contrast between softer passages of blended colour in the background with the stark red and white of the scarf and shirt. The scale of the hands is exaggerated, they almost appear to move.

This painting seems quite straightforward in subject, but is so much more. The drama and turmoil come from Soutine himself and can be found in all his work. Who is the man in the portrait? What is he thinking? What was it like to pose for Soutine? Did they talk during the sitting? What about?

I affectionately call this ‘The Queen of Sheba comes to MGM’. Paintings like this one inspired over-the-top silent extravaganzas and Golden Years of Hollywood epics. The appearance of an incredible stage set is enhanced by its enormous, architectural gold frame which is like a proscenium arch in a theatre.

It is a good example of the Oriental craze of the 19th century. Like many artists of this time, Poynter, an Englishman, was fascinated by recent archaeological discoveries. It is full of wonder at the half-imagined (though often inaccurate) marvels of the East.

Although meticulously researched, to the modern eye these paintings revel in excess and kitsch. So much fun! All pomposity with peacocks and lion statues, but go with it! 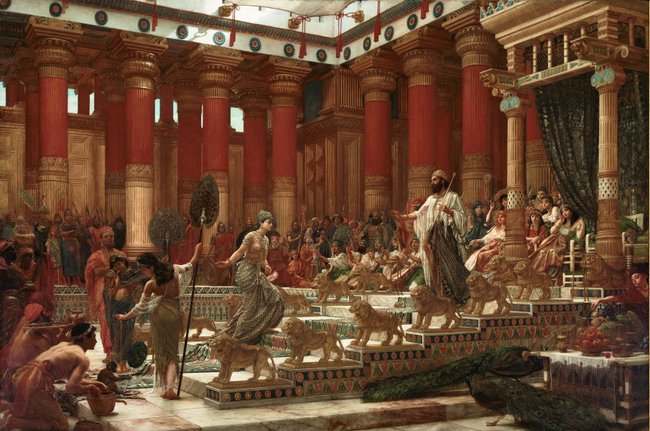 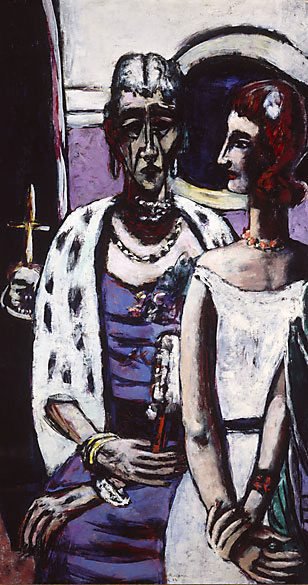 Beckmann has been a major influence on my work since I was a student. Just a few days ago I was looking again at his brilliant unsettling compositions. This painting is a good example: the powerful angular drawing, simplified cylindrical forms and sense of theatre. Looking closely, you can see it is painted on red with scumbled matt paint. Little flashes of red flicker through the layers, keeping the surface airy and alive.

The red is picked up by jewellery, the orange hair and red on the side of a face. There is the range of brushstrokes as well as dramatic tonal contrast. The variety of whites and pale colours is made more stark by the coloured blacks mixed with alizarin crimson making the dark areas richer and deeper.

Other compositional devices include the rhythm created by the mirrors, the folds in the drape and the fingers. I love the unnatural position of the girl's head and the psychological intrigue between the two women.