In The art that made me, artists discuss works in the Art Gallery of NSW collection that either inspire, influence or simply delight them. This selection by artist Vernon Ah Kee first appeared in Look – the Gallery’s members magazine.

Although his work strikes its own distinct chord, Vernon Ah Kee is an artist whose artistic forebears – among them Kevin Gilbert, Trevor Nickolls, and Gordon Bennett – have had profound influence on his own practice. It was through encountering their work that he first recognised what being an Aboriginal artist might mean.

‘Australian art is just filled to the brim with lots of dead white men who have no relation to my existence really,’ he says. ‘The choices I’ve made here are artists who I kind of have a connection with. I can see my own life and history in these works.’ 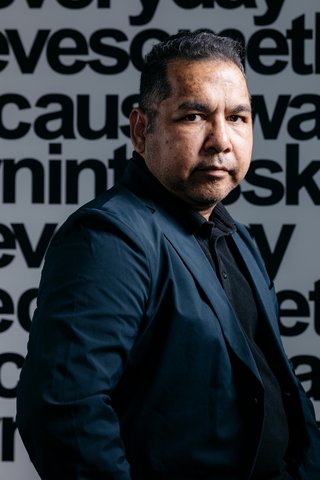 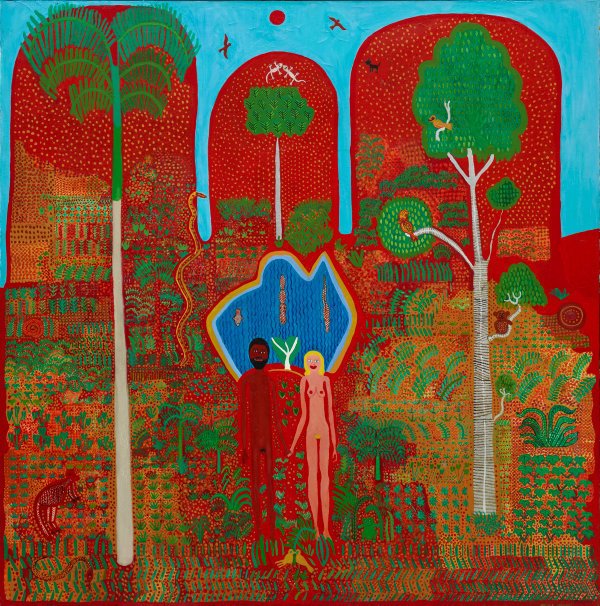 Trevor Nickolls begins me as an artist. I came across his work in high school. I was already obsessed with drawing. But then I saw a still from his Dreamtime Machinetime? video and a painting of his, and I had never seen anything like it, because there wasn’t anything like it.

He was communicating ideas that he was steadfast about, and had this unwillingness to move away from what he wanted to say. That was very clear to me as a teenager. Here was this Aboriginal artist in the 1970s, a very hard time for Aboriginal people, and he’d been able to give himself permission to experiment and to paint whatever he felt he wanted or needed to do. Seeing his work as a kid I thought ‘well, if he can do this, I can do anything’. By giving himself permission, he gave me permission. 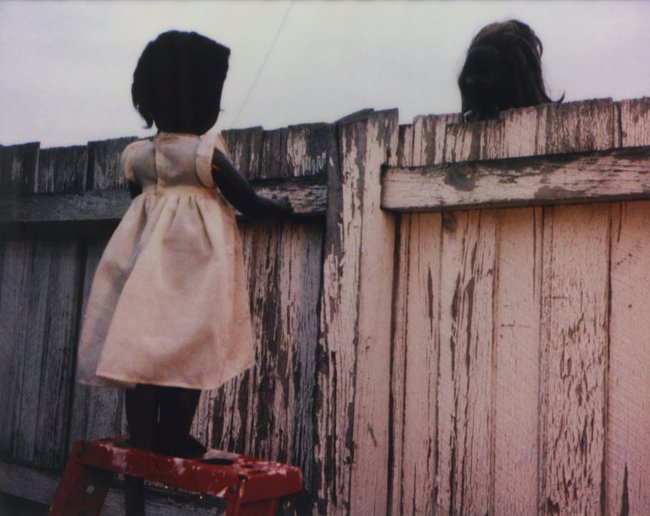 Here’s this little black doll that often appears in the work of Destiny Deacon. The doll is jet black and has frizzy hair like a golliwog doll. It has its back towards you. We can’t see its face but we know it’s not smiling. We know the figure on the other side of the fence has the better part of the deal.

It’s heavily, heavily loaded and laced with razor-blade humour. It’s both intentional and informal. This is not a happy image, but the splendour is undeniable. 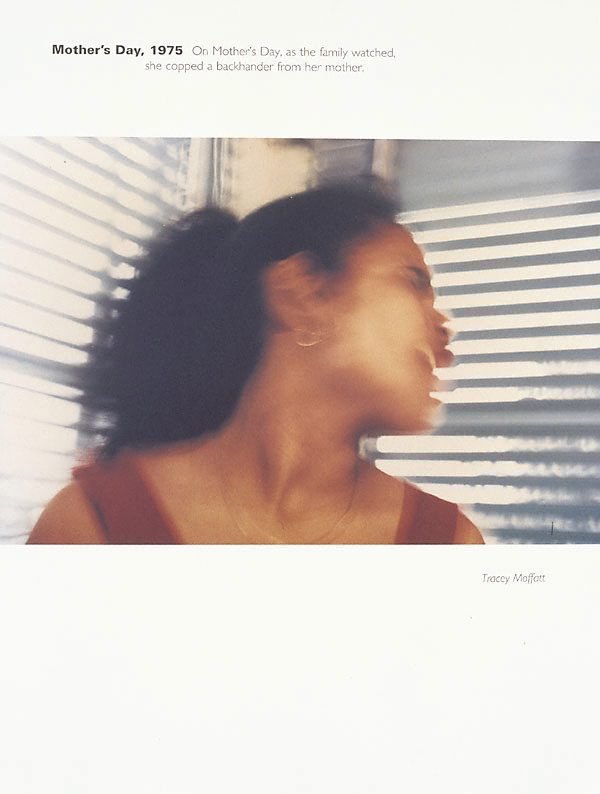 I came across the Something more and Scarred for life series at around the same time, and the two are tied together for me because they come from a strong sense of identity and both have a clear political message too, which is not how Tracey operates these days.

She’s a filmmaker as well as a photographer, and this comes through in her photographs. Her work is like a storyboard, or a graphic novel. The images tell a story and are often quite cinematic, which is completely intentional.

Mother’s Day, 1975 from the Scarred for life series is an image that stands out for me. There are a few things happening in it. There’s domestic violence, and an Aboriginal context because the girl in the photograph is a young Aboriginal girl and we assume her mother is also Aboriginal. It’s a violent image. There’s this flash of anger in her, but there’s power in that – usually when people discuss domestic violence we think of a woman’s bruised face, not the actual strike. 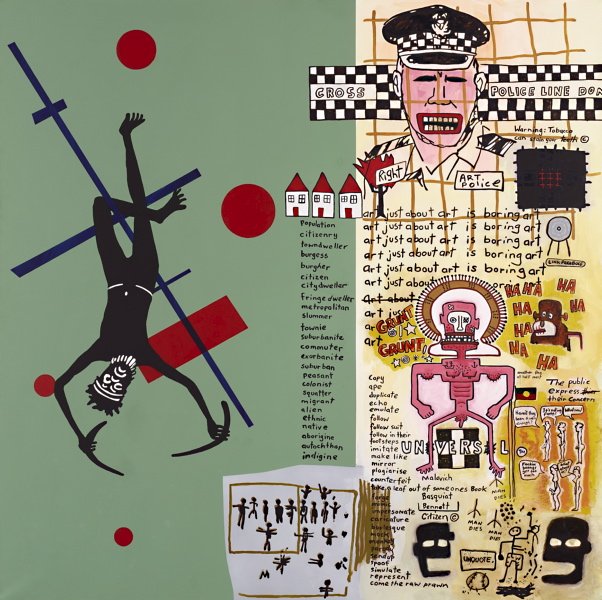 Gordon Bennett was a very private man but I met him often enough to get a sense of his raw intelligence. He was process-driven and rigorous, underpinning his drawings with theories and ideas. He was also a funny bugger. He didn’t mind having a laugh at other people’s expense, or laughing at himself and his situation as an Aboriginal.

We were represented by the same gallery and I would go into the storeroom and sift through his canvasses and look at them up close. It was amazing. He’s another who, like Nickolls, had given himself that same sense of permission.