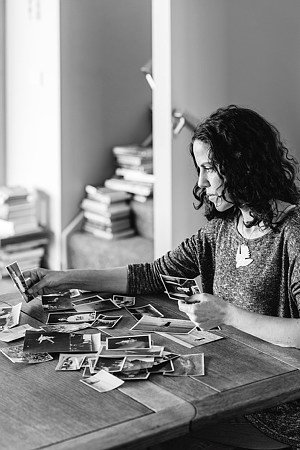 In The art that made me, artists discuss works in the Art Gallery of NSW collection that either inspire, influence or simply delight them. This selection by Maria Kontis first appeared in Look – the Gallery’s members magazine. Maria is one of six artists whose work is on display in Close to home: Dobell Australian Drawing Biennial 2016.

I recently saw a speed camera image of my car taken in the early hours of the morning and it was sinister and cold like a crime scene or a techno-primal scene. Otherworldly, but not in a good way. The photograph or the machine provided the evidence needed to issue a fi ne but it didn’t look like what it feels like to be speeding into the dawn.

Vernon Ah Kee’s drawing, Antony Gormley’s sculpture and Bill Viola’s installation all give a sense of what it feels like to be a human made and re-made by a machine.

These three artists capture and are captured by the changing nature of human beings brought about by technological transformations of the 20th and 21st century. This is what made me and makes us all today. How do technological developments intervene in the most basic structure of our perceptions and affections? 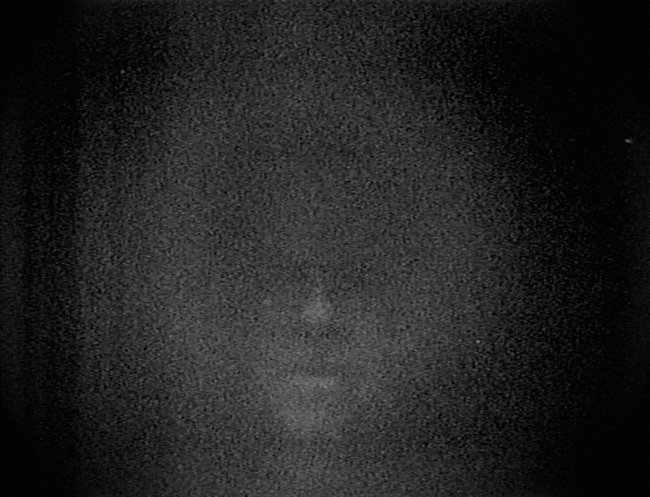 Bill Viola initially thought of cameras as 'surrogates for perception' but came to think of them as more like 'instruments of memory'. I think this is an important change. He dominates the machine rather than being dominated by it. For Viola, memories aren’t fixed or safe. 'You can modify them, replay them, edit them, fast-forward through them, rewrite them, and even erase them forever,' he said. In Memoria, various expressions of a face are captured on a low-grade surveillance camera and projected onto a silk cloth in a dark space. The face is perpetually solidifying and dissolving. It is never quite human, or it’s almost human. But I think maybe it’s more human than the photographs we take of ourselves and of each other. 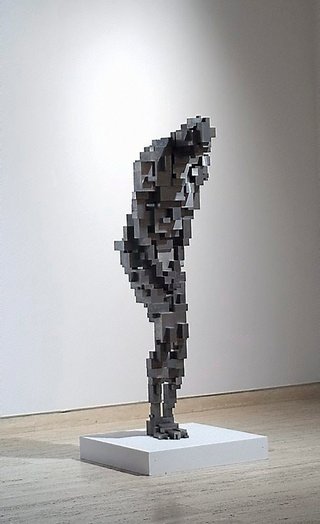 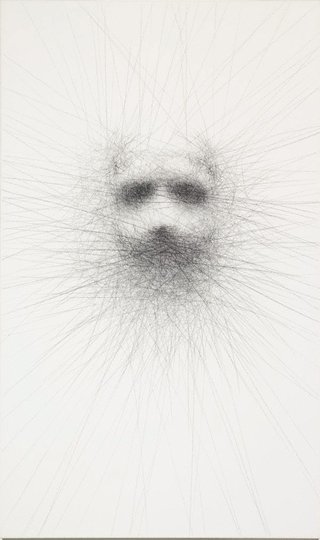 Haft evokes Giacometti’s palaeolithic silhouettes, walking into our digital,
robotic moment. Humanity constructed, or being constructed, with pixels or
voxels (volume pixels) or Lego blocks or Minecraft blocks. It reminds me of the
crumbling special effect used in films like Pixels. I’m not sure if the figure is
breaking apart or coming together. In Haft there’s a mediation between nothingness and being. I love Stanley Kubrick’s film 2001: a space odyssey and Gormley’s sculpture throws me into a Kubrickian dawn of time.

Unwritten series is extraordinarily beautiful. Again, it feels like I’m caught somewhere between the human and the machine – between the human face and 3D wire-framed animation. Unlike the vectors of the digital image, these charcoal lines drawn across canvas feel so close to marks that can be felt on the skin. I don’t know if the face is pressing forward against the web of charcoal lines or if it’s being pushed back. What face lies beneath?