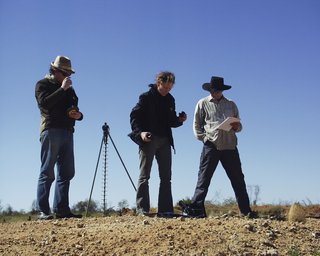 Laing and assistants in 2003 in the Tanami Desert, shooting the series one dozen unnatural disasters in the Australian landscape. Photo Peter Burgess.

In The art that made me, artists discuss works in the Art Gallery of NSW collection that either inspire, influence or simply delight them. This selection by Rosemary Laing first appeared in Look – the Gallery’s members magazine.

'There are so many favourite pictures. Different pictures for different reasons at different times,' photographer Rosemary Laing says, when asked to choose her favourite AGNSW collection artworks. 'They are like the story line that makes up a family album.'

The subject of upcoming solo shows at the Art Gallery of NSW and the National Art School, Laing originally trained as a painter, but the cinematic scale and execution of her landscapes often draws comparisons to film direction. Collection works from her two earliest photographic series, greenwork (1995) and brownwork (1996-97), that explore her ongoing interest in the nature of place and landscape, will feature in the Gallery's survey Rosemay Laing: transportation.

When I was a teenager in Brisbane, the art available to me was incredibly limited. The Queensland Art Gallery was then a small number of temporary rooms in the city, but I remember being enraptured by a couple of paintings: Sydney Long’s Spirit of the Plains 1897 and Picasso’s La Belle Hollandaise 1905.

Somehow along the way I ended up with a poster of Margaret Preston’s Australian gum blossom 1928, which I think I obtained during a college trip to Sydney, by train.

There was something structural about colour and its application that seemed to be pulled apart and put back together. It was like seeing an image as a resolved jigsaw puzzle – a colour I understood, familiar flowers and leaves, this time detailed instead of distant, a gathered accumulation – like a bouquet of promises.

Over the next few years I made paintings and collages to try and understand something to do with this. My mother has one of them in her house. The promise of this painting is very alive and present for me still. I wish I could live with it, if even for a day. I am still trying to understand what the promise is, that compels my desire in this painting, nearly 40 years later. 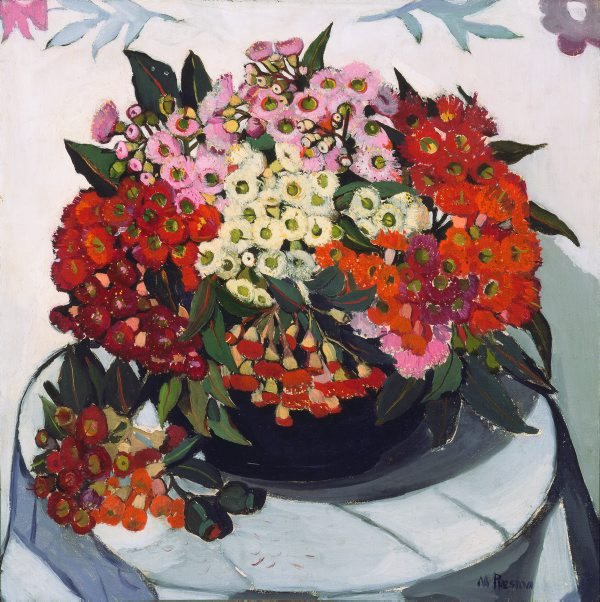 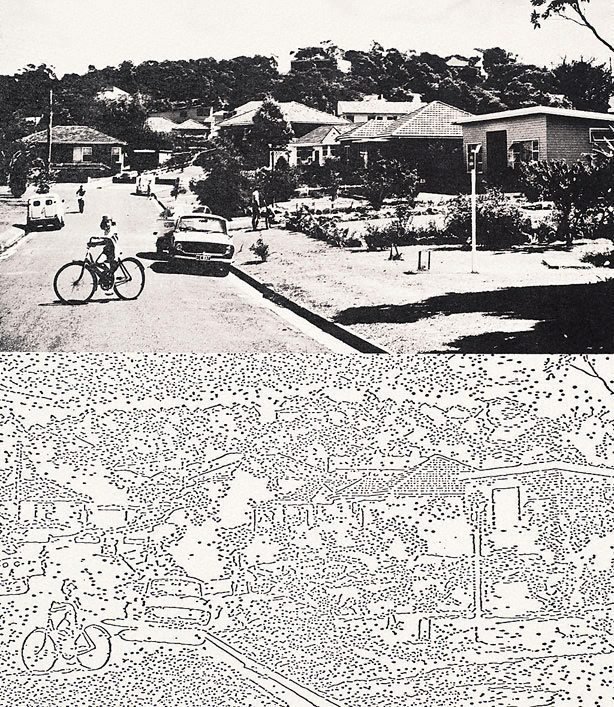 I didn’t persist with painting. When I came to Sydney there was no palette for me here. The city seemed to dissolve it. In the 1980s painting seemed to me to be a masculine area that was over-colonised and had been for centuries. I looked to materials and media that seemed more reflexive to my time, to how images could be constructed and re-inscribed.

I met Ian Burn in the early 1990s after I had made Natural Disasters 1988. He gave me a serious talking to that validated the risks I seemed to be inventing for myself. I later got to see Systematically Altered Photographs 1968 when his survey show (Ian Burn: minimal conceptual work 1965-1970, 1993) was at the Art Gallery of NSW. It was like brain cocaine, my neurons flared; and I understood why he had said what he said to me earlier.

His considerations for the language of vision and perception hold an underpinning alignment for me – a foundation. The 'looking', from which images emanate, is an act of the mind, as much as it is a reaction of the senses. It is about the huge space between our eyes and what we see, which is infected by everything we have ever come to know and understand.

Over the time I spent in Balgo [Western Australia] to make one dozen unnatural disasters in the Australian landscape 2003 – with [philanthropist/gallery director] Stephen Grant; the work of the women artists there fire-banded me. Here were images and marks I could never possibly make, the language of which I understood, and somehow wantonly desired.

When I look at the marks that make their stories I see the physical work of arms moving across space and over the surfaces, telling me the stories I want to hear.

While making my work there, among the working women were Eubena Nampitjin, Lucy Yukenbarri Napanangka, Nora Wompi Nungurrayi, Ningie Nanala and Kathleen Padoon Napanangka. I was lucky to be there with their work at that time. 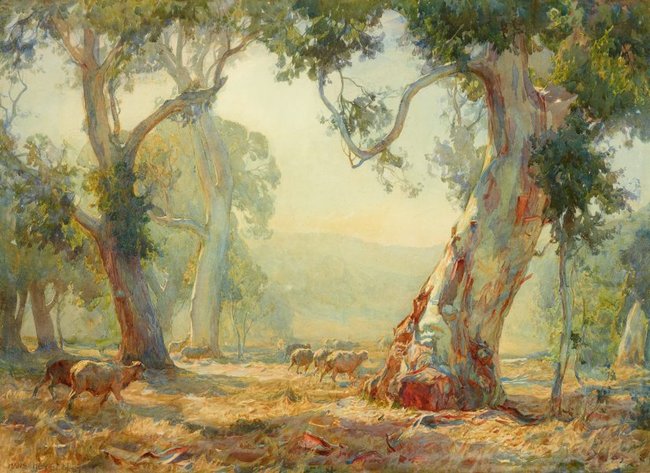 Growing up, a framed Hans Heysen print somehow seemed embedded within visual range. While I was making to walk on a sea of salt 2004 I became intently focused on his work – and in particular Summer 1909. Hans came to Australia as a child, migrating with his family from Germany. He went on to make images considered to be iconic in their 'intensely Australian' representation, but suffered highly public disparaging attention due to his heritage during the First World War.

In 2004 I travelled again with Stephen Grant for weeks around South Australia looking for Heysen’s gum trees, which I needed to somehow find a way to capture and include within the considerations of to walk on a sea of salt.

My family line goes back to the Darling Downs, sometime around the 1850s, and I came to know that what I was also looking for, through Hans’s work, were the river gums that used to grow vigorously on the banks of the Condamine River, that I explored as a child. The sheep property there, Felton Inn, was still then in the family line and had once been a Cobb & Co stop.

When I was making weather in 2006 I went back there. What I saw made me as distressed as the gums. It was 10 years into a drought and the crystal river water I used to drink had become poisoned sludge. Even today, I can barely speak of it.

I know now that the Heysen picture represented to me a fantasy of recollection that I had cherished. Regardless, on my trip with Stephen, there were early mornings, where my fingers were painfully frozen, where what was before me was of that painting.