In The art that made me, artists discuss works in the Art Gallery of NSW collection that either inspire, influence or simply delight them. This selection by Nigel Milsom first appeared in Look – the Gallery’s members magazine.

Nigel Milsom knows the Art Gallery of NSW collection well, having worked as a Gallery Services Officer in the 2000s. 'I spent four years as a GSO there and raced home to paint every day,' he says. 'I saw it as another part of my art education. I even used to paint there. I’d go downstairs to the painting workshop and do text pieces and stuff.'

It didn’t always endear him to his bosses, he confesses, but his dedication to his art eventually paid off, despite personal battles that culminated in a prison term in 2013. In 2012 he won the Sulman Prize, in 2013 the Doug Moran National Portrait Prize and last year he returned to the AGNSW as the winner of the Archibald Prize. When Look visited Milsom’s Newcastle studio, the artist was preparing for an upcoming solo exhibition of painting, video and sculpture.

'You can’t let things like an Archibald define you,' he recently told the Newcastle Herald. 'My ultimate goal is to be always surprised by what I do. I aim to be intrigued by what paint can do as a medium.' 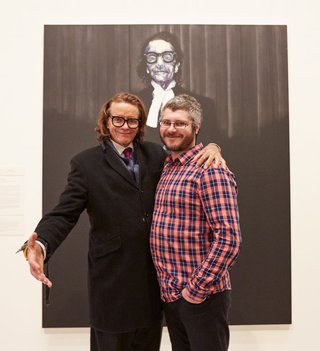 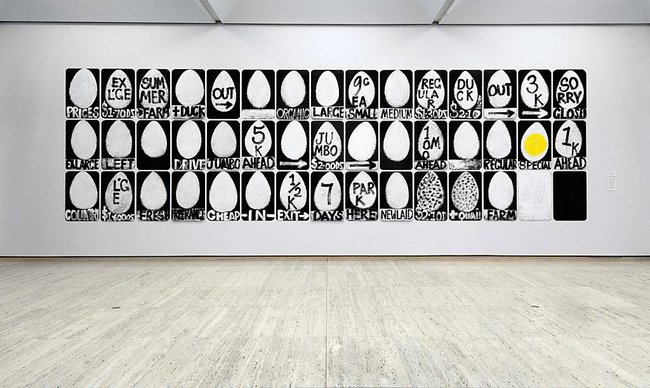 This is almost like a rustic pop art, like an Andy Warhol multiple, but he’s doing it with his hands and all the little slips with the paint are what makes it interesting. When I was a GSO and the Gallery used to pull out one of Rob MacPherson’s works it always made my day a little easier, because seeing his work was just a nice experience. When I worked there, there was a huge Colin McCahon exhibition and I always knew there was some sort of link [between MacPherson and McCahon], not in terms of content, but in terms of using language and signage and landscape. McCahon’s works are a kind of landscape and in some ways this is a landscape, too, because the text pieces are descriptions of objects or things found in the landscape. It describes the landscape without having to paint a picture of a tree. 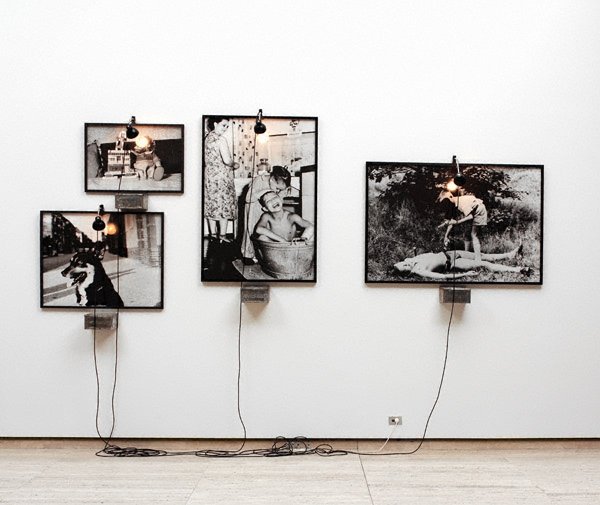 You wouldn’t ever say this was just photography because a lot of these are found photos and there’s a history to them. And these tins are holding something… a memory. I used to think they were full of ashes but they’re full of photographs. He’s done a lot of very interesting stuff, like his deal with David Walsh to install a video camera inside his studio in Paris. The longer [Boltanski] lives, the more Walsh has to pay. I like that element of his work, where time is of the essence and there is a sense that time is running out, how time has an effect on people on a personal and universal scale. 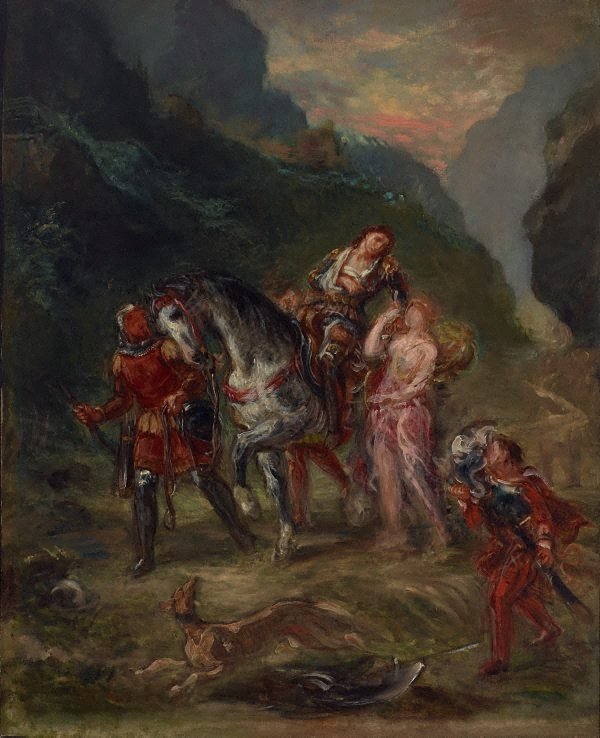 AGNSW collection Eugène Delacroix Angelica and the wounded Medoro circa 1860

I like that a greyhound, or some kind of hunting dog, is in the foreground. It reminds me of when Francis Bacon used to put dogs in his paintings. They were just a shadow almost, a flicker of muscle, a shape. And I find it interesting how he hasn’t even really painted in the faces, like he didn’t know who he wanted them to be. When you look, too, in the top right, it reminds me of Monet’s coastal paintings: the colours, that sky, that atmosphere. I used to look at that a lot and wonder if Monet ever used to look at this stuff.