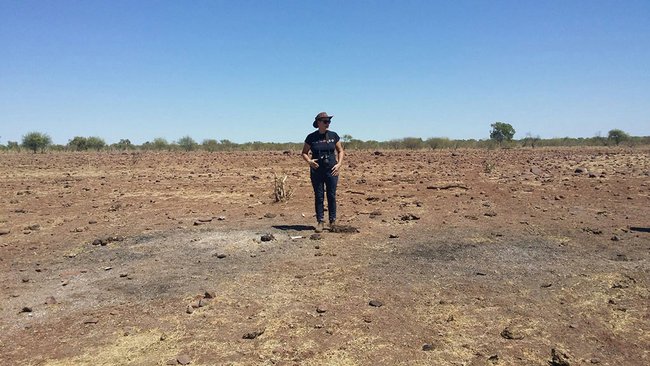 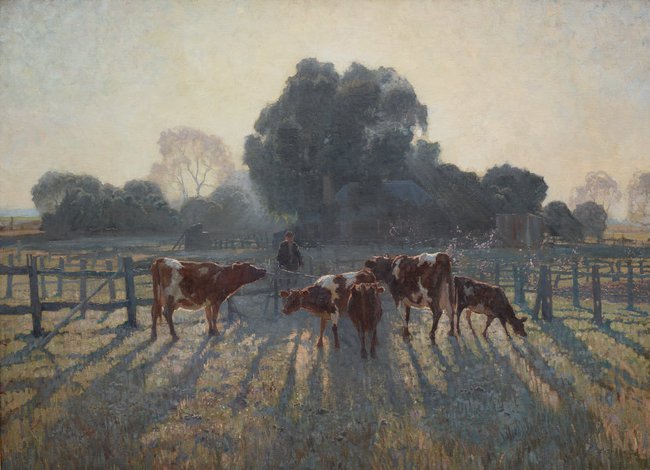 In The art that made me, artists discuss works in the Art Gallery of NSW collection that either inspire, influence or simply delight them. This selection by Brenda L Croft first appeared in Look – the Gallery’s members magazine.

‘One of the works I love, and this will make people laugh, is that very famous image of cows in the morning sunlight [Elioth Gruner’s Spring frost 1919],’ says Brenda L Croft. ‘Where I live there’s a dairy farm with black and white cows and I love black and white cows. That painting makes you smile. And I like things that make you smile, as well as things that make you sad.’

Croft, a Gurindji/Malngin/Mudpurra artist, is best known for her photographs but she was also a founding member of the Boomalli Aboriginal Artists Cooperative in 1987 and senior curator of Aboriginal and Torres Strait Islander art at the National Gallery of Australia from 2002 to 2009. When it came to narrowing down favourite works in the collection, Croft approached it as a curator might – choosing works that are somehow tied together.

This selection is personal, works that echo the communities she has visited, the lands of her ancestors, and artists who are friends. ‘When I look at these works, I’m looking at what’s behind them, what’s just out of the frame,’ she says. ‘I can hear people’s voices. I can remember events. I can often hear laughter and remember some of the things that we did together.’ 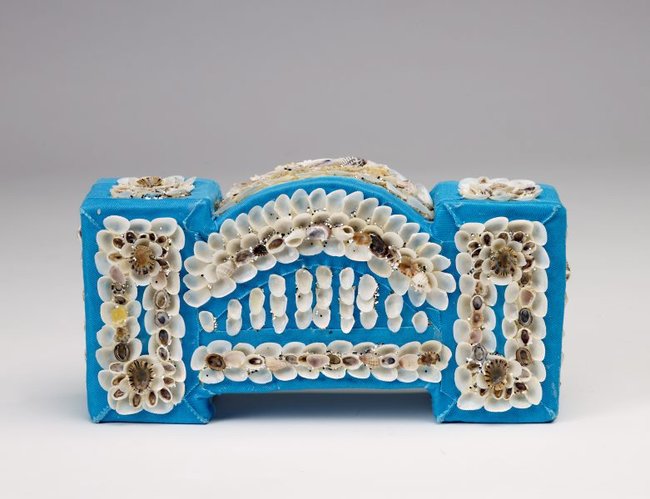 I always get a twinge when I see works by unknown artists because it makes me think of our people – how it was all right to collect our objects as trophies of empire or to make images of people as documents of a passing race but always without naming who those people were.

This is a work about place, about connection, about cultural continuity. It’s also a work about resilience because these objects were made as a way of income for the community out at La Perouse. People from out that way have connections all the way down the South Coast, which is where I’ve been living until recently and so you feel that bloodline.

And here’s this tiny bridge [which can't be reproduced here for copyright reasons]. The shells would have been collected on the beach at La Perouse. I’ve collected shells out there as well. And I think of other shell work by people like the fabulous Esme Timbery [one of her works is pictured] and other senior artists from La Perouse, but also from artists from around the country.

It also reminds me of my grandmother, who wasn’t Aboriginal, but it’s that idea of making something from the everyday. You can imagine this was made around someone’s kitchen table. 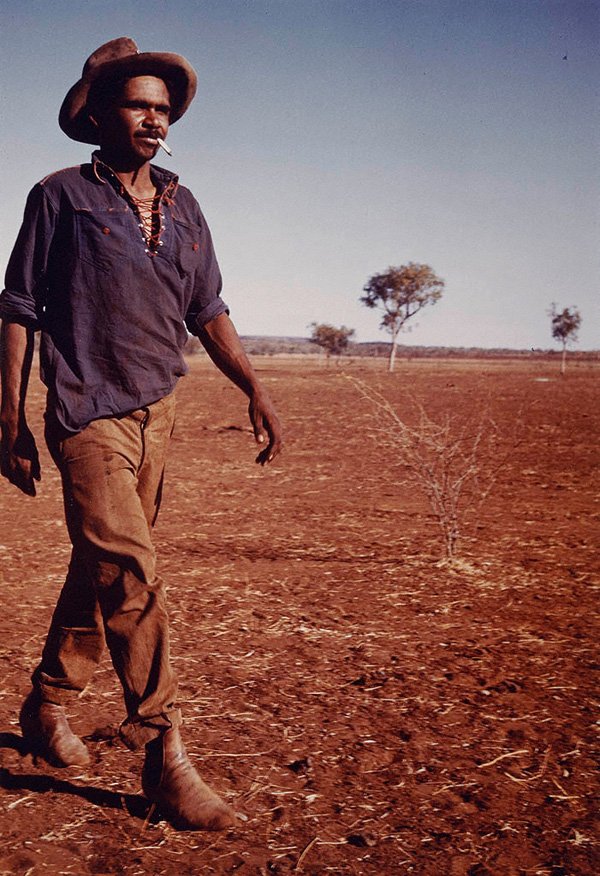 Axel Poignant was born in Switzerland and was a wonderful social documentary photographer. He travelled extensively through Central Australia and Arnhem Land.

I remember looking through his archives with his wife Roslyn Poignant back in 1990 and seeing this image. She told me that she thought this had been taken at Wave Hill Station because there are other beautiful colour images he took there. That’s where my Dad’s community’s from – the Victoria River region and there was a mix of people who worked on cattle stations there. Roslyn gave me a signed copy of the photograph and it’s one of my most treasured works at home.

It was taken in the ’40s but it’s such a modern image. There’s something that’s just so fantastic about the dynamism of it. He’s in full stride, yet he’s laconic. This young man’s completely comfortable in his own skin. I love this red criss-cross tie in the shirt, his hat tilted back on his head, that curl of the rollie on the lip, the swing of his hands. He looks like he’s walked off a film set. 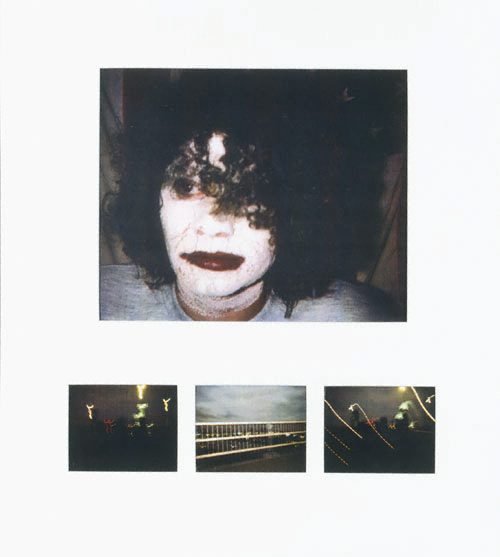 Destiny Deacon is a dear friend. The woman in the picture, Lisa Bellear, was also a dear friend. Lisa died at a very early age in 2006. She was a poet and writer, an activist and a photographer. One of my first exhibitions was a showing of Destiny’s, Lisa’s and my own work. She also wrote a beautiful, moving poem called Artist unknown, which I used for an exhibition I curated at the Art Gallery of South Australia called Beyond the pale (2000). I feel a great sense of sadness when I see this image but I love this work because it’s so clever.

Destiny is a master of staging. She is the dramaturge. Whereas Axel’s work is very much about the moment, this work, Destiny’s work, is always about the staging, the performance. She often shoots things at home.

When you first see this you might think that it’s a commentary on ochre [painted] on the face, that she’s making a statement about her Indigenous heritage… but it’s actually a face mask. It was right around the time that there were all these discussions about Michael Jackson making himself look whiter and bleaching his skin. So there are all these kind of underlying jokes, if you like. No disrespect to Michael Jackson who was very talented, but it is asking why would you want to look white? And it’s also about being made to feel like you’re invisible in a city setting. 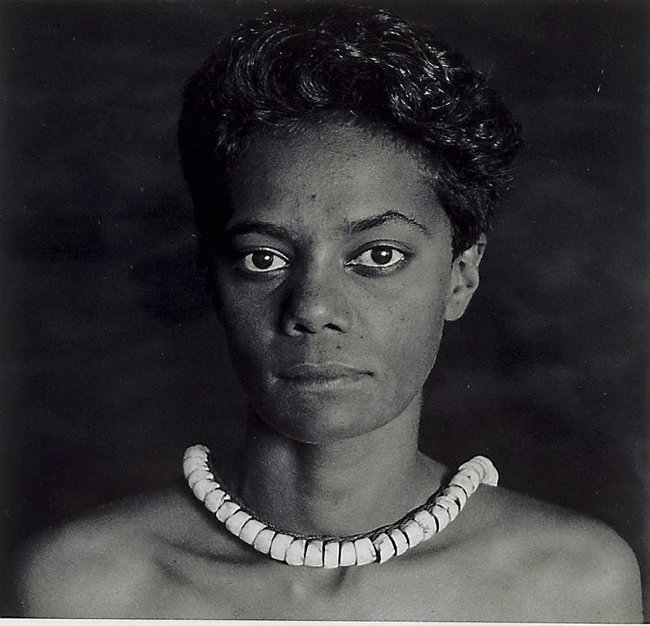 Michael always said he wanted to celebrate the beauty of the people around him, people he knew, people who were his family and his friends. The woman in the photograph is Michael’s cousin Maria, or Polly as many of us know her, from Moree. She looks like Eartha Kitt. She looks completely comfortable in her own skin. But it’s also quite a frightening image in a way, because she’s not going to give ground. Polly is really strong and staunch.

If you take this image and look at it alongside images from the 19th century of unnamed Aboriginal people in studio settings, this is sort of returning the gaze. So this isn’t about a subjugated person or a person who’s being recorded before she leaves this planet, which is what so many of those early images seem to be. Polly has absolute agency in this. And you can feel that symbiotic relationship between the photographer and the subject.

Michael was an amazing artist. He was a photographer, a filmmaker, and we lost him too soon as well [like Lisa Bellear]. He was a founding member of Boomalli, along with nine other artists, including me. One of the things I’m most proud of from my time at the National Gallery [of Australia] was being able to curate Sights unseen, Michael’s retrospective in 2006, two years after he died but we had started working on it before he died. I really wanted to honour his impact and his contribution. 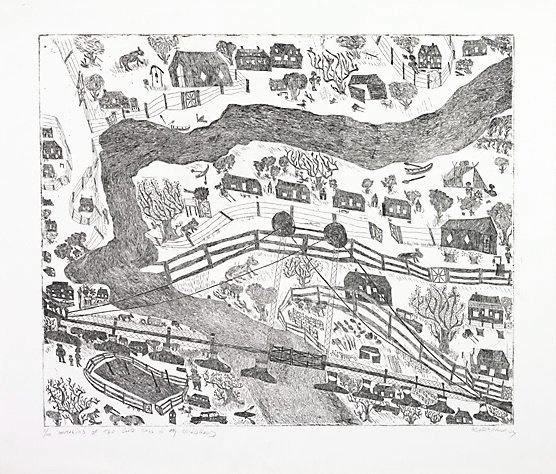 Uncle Roy’s the same age as my Dad would have been if my Dad were still alive. I love spending time with elders. They’re knowledge holders and we should venerate older people much more than we do, particularly because if you have lived to old age as an Indigenous person you’re doing pretty well.

I have a copy of this [which I bought]. One of the incredible privileges of my work as a curator is including people in exhibitions, championing their work. That’s the best thing.

I organised an artist’s talk with Roy at the National Gallery of Australia. After the talk he said, pointing to his works in the gallery, ‘Are any of these for sale?’ And I said, ‘No, Roy they’re in the collection.’ And he said to the group, ‘Well, if youse want to buy any I’ve got some in me car boot outside.’ So we had this line up of people who’d come along for this artist’s talk, all out in the car park buying Roy’s prints. Roy’s a real character. I first met him in Sydney, he was hilarious. You meet him and he says, ‘oh yeah, I went to the Eora Centre but I wasn’t any good at writing or reading, so they stuck me in the art section.’ Hello! Duck to water! When you see them up close you see the fantastic line work in them.

You do almost need to see his etchings in a group setting because they are like a picture book and a lot of them are drawn from memory. They’re recollections of his mother’s life because she was at Warangesda Mission at Darling Point. I’ve actually driven through that country and I’ve seen this fantastic draw bridge. It’s been moved and it’s outside a caravan park on the Murrumbidgee River.

There’s a real gothic aspect to these works too. The church is often featured because that was the focal point of the community. They’re almost like aerial viewpoints. It’s remembering life on the mission and those were tough and hard times but people were together and did everything with each other. Everyone was poor but no one went without.