In The art that made me, artists discuss works in the Art Gallery of NSW collection that either inspire, influence or simply delight them. This selection by Lauren Brincat first appeared in Look – the Gallery’s members magazine.

‘I’ve found I can express things with art I can’t say any other way, things I have no words for,’ says Sydney-based artist Lauren Brincat, whose work recently entered the Gallery’s collection. ‘To have three works in the collection is a powerful acknowledgement of my practice and hard work,’ she says. ‘I am thrilled and truly honoured.’ 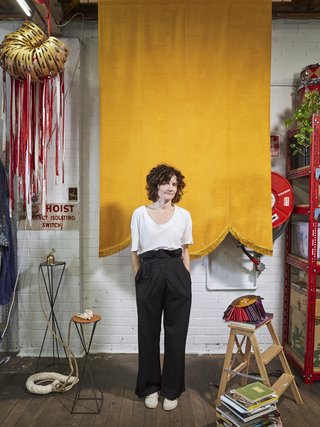 I have a studio in Rockdale that allows me to work but I’m at my most productive when I’m walking. It inspires my practice and often is the work. Richard Long has practised walking works for decades. This piece is a performance score – a documentation of an act that happened. His walking arc took place along a stretch of Pacific Ocean coastline. Simple and obvious encounters are presented in a meditative and fluid 35-mile walk where he relies on intuition and chance – making art out of nothing. I also present my work through the simple gesture of walking. Many of my works involve the ocean and where oceans meet. In my most recent work, I walk straight into the border of the Indian and the Southern oceans. Walking is framed as both an expanded act of drawing and as psycho-social mapping. 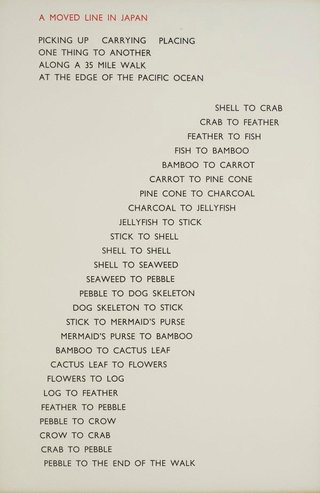 Francis Alys documents walking in locations significant to his life and my own practice
attempts to understand a city or location by walking through it, absorbing it. My series
started ten years ago – the more I walked, the louder my political voice became. In Railings 2004, Alys runs a drumstick along London fences, creating a playful musical score that challenges ownership and privilege. These simple, documented acts of walking amplify a political mood.

In 2012 I lived in Mexico City for a year. It was the opposite of living and working in
utopian Sydney. In my second week I managed to contact Alys – one of my favourite artists. Mexico City is his muse and his massive studio is near the Zocalo, the city’s busiest square. Every wall was painted green and his bathtub was an overflowing library. It was an oasis inside urban chaos. He insisted I leave before 4pm and that I walk in the middle of the road, such was the neighbourhood’s notoriety. You might say walking home was my first ‘walking work’ in Mexico: alert, on edge in the unknown. 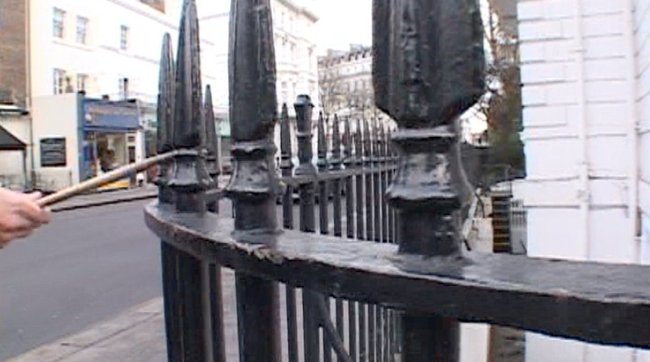 The architecture of the Art Gallery of New South Wales, with its equestrian horse statues,
large columns, sandstone walls and marble floors, inspires. I can’t help but analyse the
horses standing guard when I walk past or visit the Gallery. The offerings of peace and The offerings of war 1923 have had an impact on a number of my recent works. Equestrian horse statues around the world celebrate the male hero, almost never the female. The text on the Gallery’s façade celebrates accomplished painters, sculptors, architects and thinkers, the list of names compiled over 100 years ago. I’ve started a new list, which I hope one day might be seen on a new building, which may inspire the next generation of young visitors, balancing what is currently so male dominated. 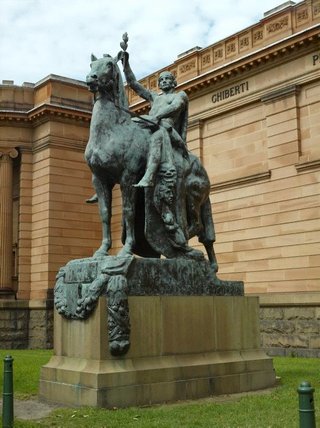 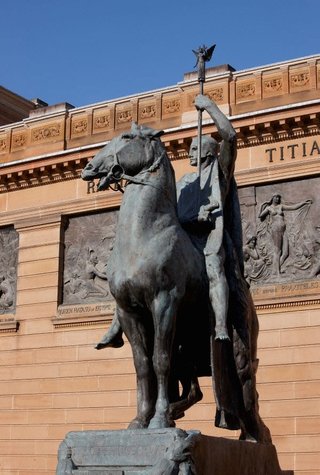 Mike Parr was my neighbour in my early 20s. I loved bumping into him on the stairs.
We’d have quick conversations about what I was working on and the significance of
performance art. He once emphasised the importance of taking a risk and using the
physical self within art. I chose Portrait of M & F 1996 (Mike and Felizitas) because it’s raw, true and deeply personal. Everything is exposed. In recent times I’ve been lucky enough to watch Parr’s performances, which are always confronting, and most of the time [his partner] Felizitas is involved or present. Many consider the way Parr has approached his performances risky, but I’ve witnessed how much preparation goes into his work. The way he pushes the boundaries inspires me to work outside my comfort zone – with the very real possibility of danger, failure or loss. 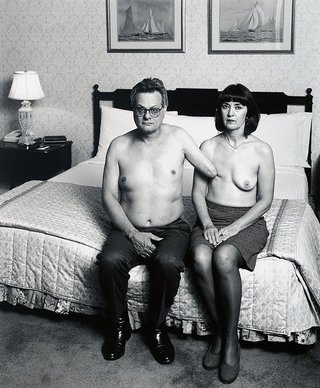