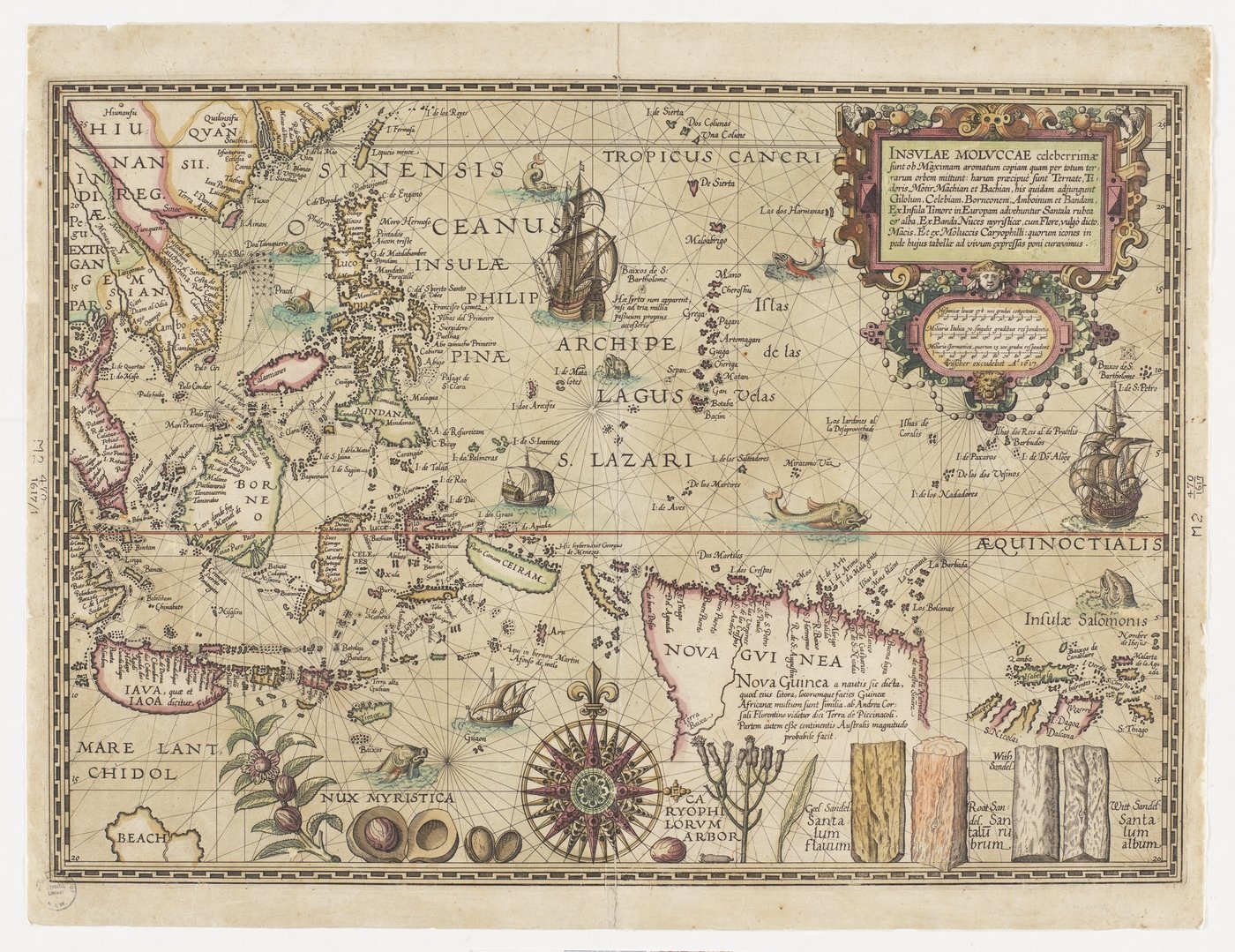 In the Dutch Republic, the 17th century was a golden age not just for art but for exploration, trade and cartography. The Dutch were the first Europeans to chart the coast of Australia, first attracted to the region by the promise of lucrative trade. In the 1580s, the Dutch revolted against Spanish sovereignty and subsequently the port of Lisbon was closed to Dutch trade, leaving Amsterdam as Europe’s most significant port. The Dutch established trading centres in the East Indies (Indonesia), ousting the Portuguese, and in 1602 formed the Vereenigde Oostindische Compagnie (VOC), the Dutch East India Company to bring luxury goods back to Europe, including spices, silk and tea. This 1617 map of the East Indies includes drawings of nutmeg, cloves and sandalwood, the produce of the Moluccas Islands, also known as the Spice Islands. 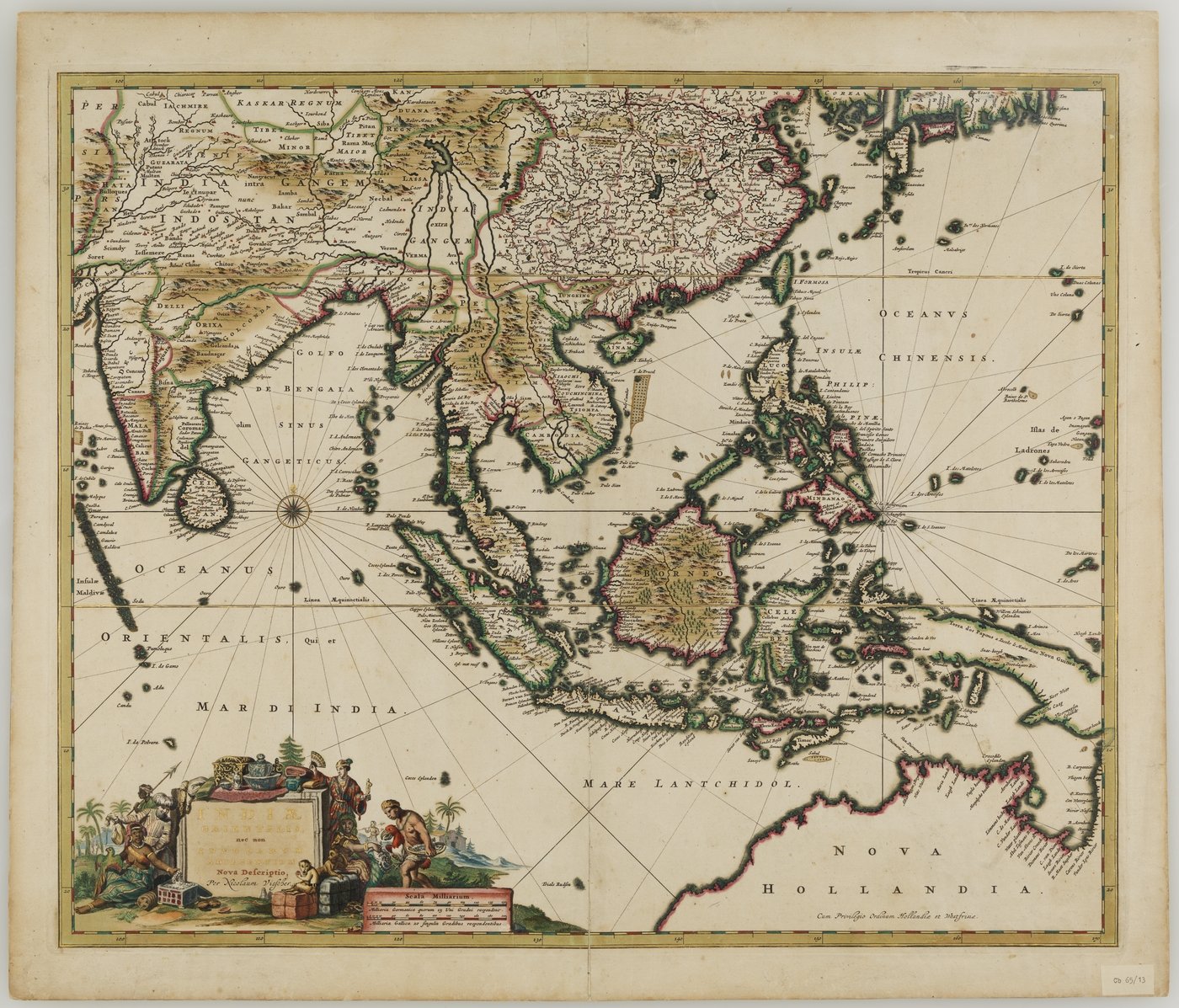 Once in the east, the VOC was interested in developing new trading opportunities and they launched a series of exploratory voyages to the South and East. In 1605, Willem Janszoon became the first of several Dutchmen to explore the Australian coast (naming it New Holland). Jan Cartenszoon and Abel Tasman followed.

The most famous voyage of exploration from this period was that of Abel Tasman. In 1642 Tasman was commissioned by Anthony van Diemen, the head of VOC in Batavia (Jakarta), to explore the southern oceans. He charted Tasmania (which he named Van Diemen’s Land), the west coast of New Zealand, parts of Tonga and Fiji, and the north coast of New Guinea, becoming the first European explorer to do so. First included in Jan Jansson’s 'Novus Atlas’ 1657–58, this map shows the East Indies, the north coast of Australia, Carpentaria and New Guinea. Tasman’s second voyage of discovery in 1644 is indicated. A lavish cartouche depicts the exotic riches the Dutch found in the East Indies 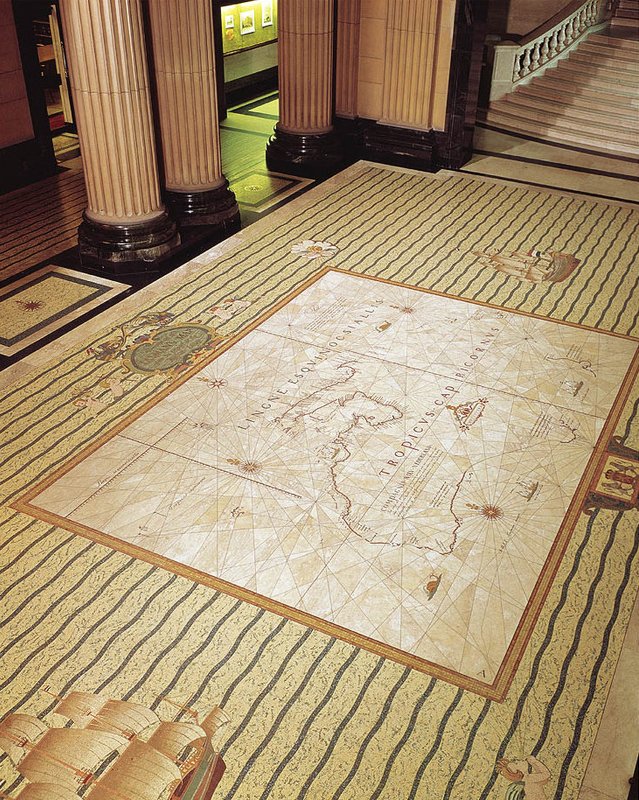 'The Tasman map', inlaid into the floor of the State Library of NSW

Disappointed that exploration to the South, including Tasman’s voyages, had failed to find rich trading routes, the Dutch lost interest in Australia and turned their attention to America. The map of Australia remained substantially as the Dutch left it until the exploration of James Cook in 1770.

The State Library of NSW holds a significant collection of maps and charts documenting the gradual exploration and mapping of the Australian continent by the Dutch, including the famous Tasman map which provides one of the few documentary sources relating to the Tasman voyages. This manuscript chart inspired the mosaic Tasman map on the floor of the State Library’s Mitchell vestibule, constructed by the Melocco Brothers 1939–41. 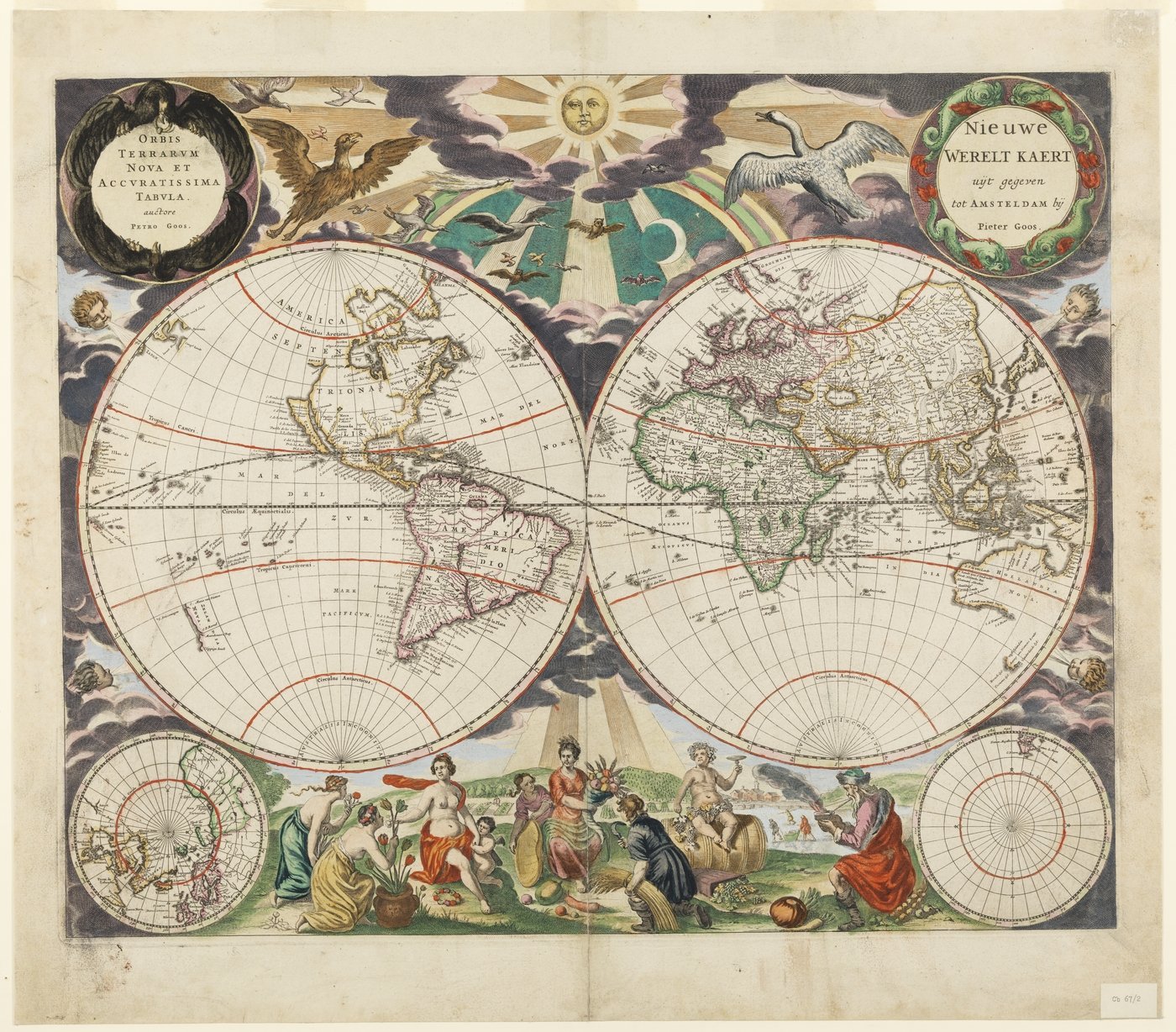 Amsterdam was the centre for Dutch mapmaking throughout the late 16th and 17th centuries. Dozens of printing houses were established producing charts and maps documenting the gradual discovery of the lands beyond Europe. This world map, from Pieter Goos’ 'De Zee-Atlas ofte Water-Weereld’, 1666, shows all the discoveries of Tasman’s voyages.

Many practical navigational aids were produced along with thousands of beautiful hand-coloured trophy maps which were commissioned by and sold to rich merchants and trading companies, and given as gifts to royalty and powerful friends, providing further evidence of the cultural and artistic richness of the Dutch golden age.

Maggie Patton is the manager, research & discovery, State Library of NSW. She is responsible for leading the Library’s curatorial team, providing expert advice on activities that develop, interpret and promote discovery and engagement with the significant and unique State Library collections. Maggie has particular interest in historical mapping and rare books and is working on a range of projects using emerging technologies to connect researchers with both contemporary and heritage collections.