In September 1907, Hilma af Klint made note of a vision foretelling that ‘ten paradisaically beautiful paintings’ were to be executed that would ‘give the world a glimpse’ of the stages of life. The following month, she began work on The ten largest.

Each composition took only four days to paint. Following instruction from spirit guides, af Klint requested that Cornelia Cederberg – a fellow artist and member of the spiritualist group The Five – assist in their creation, though under af Klint’s direction.

Because of their size, the works were most likely created on the studio floor – a radical departure from the easel painting conventions of the day. Af Klint intended the paintings to be hung together in a spiral temple, creating what she described as a ‘beautiful wall covering’. 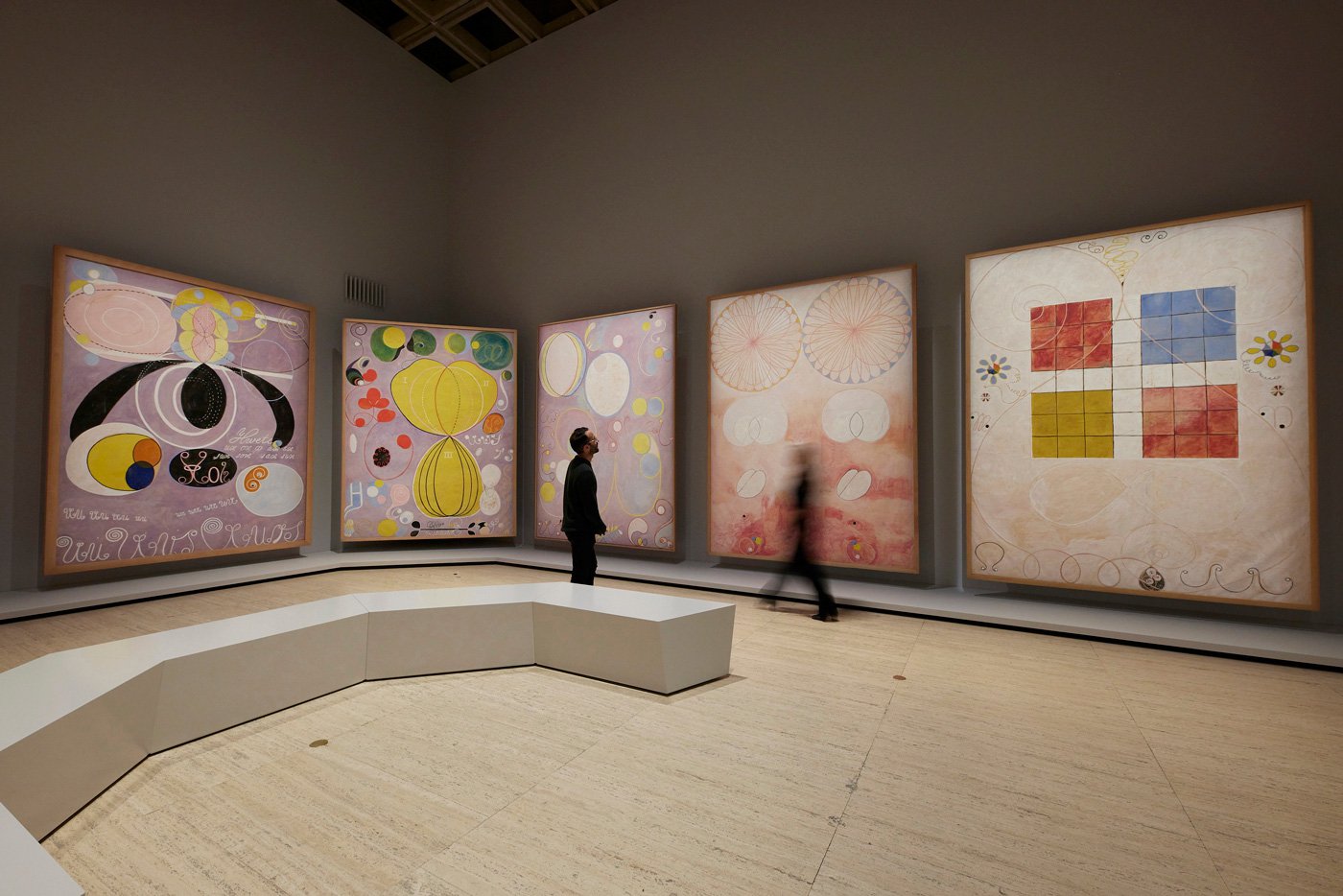 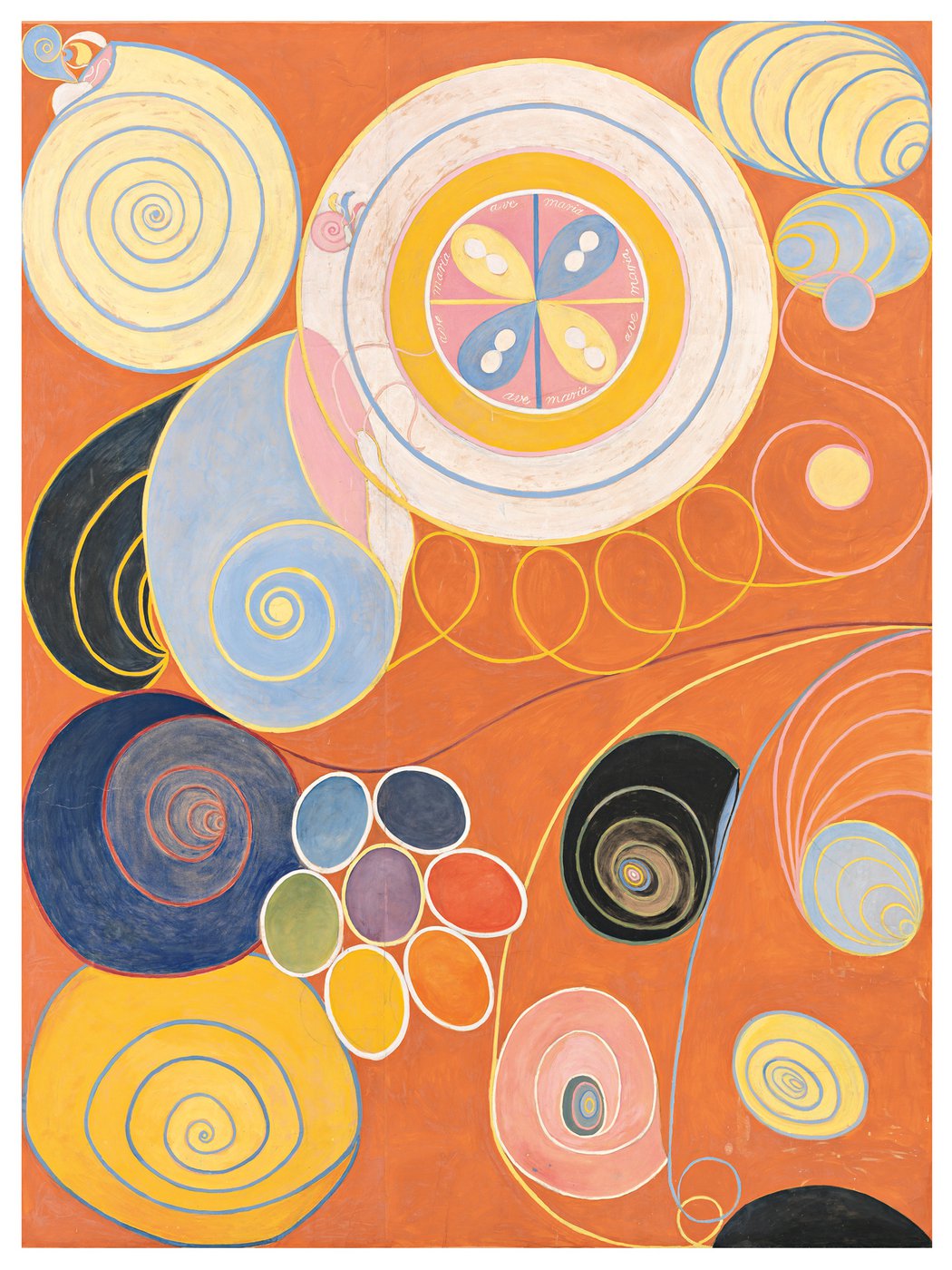 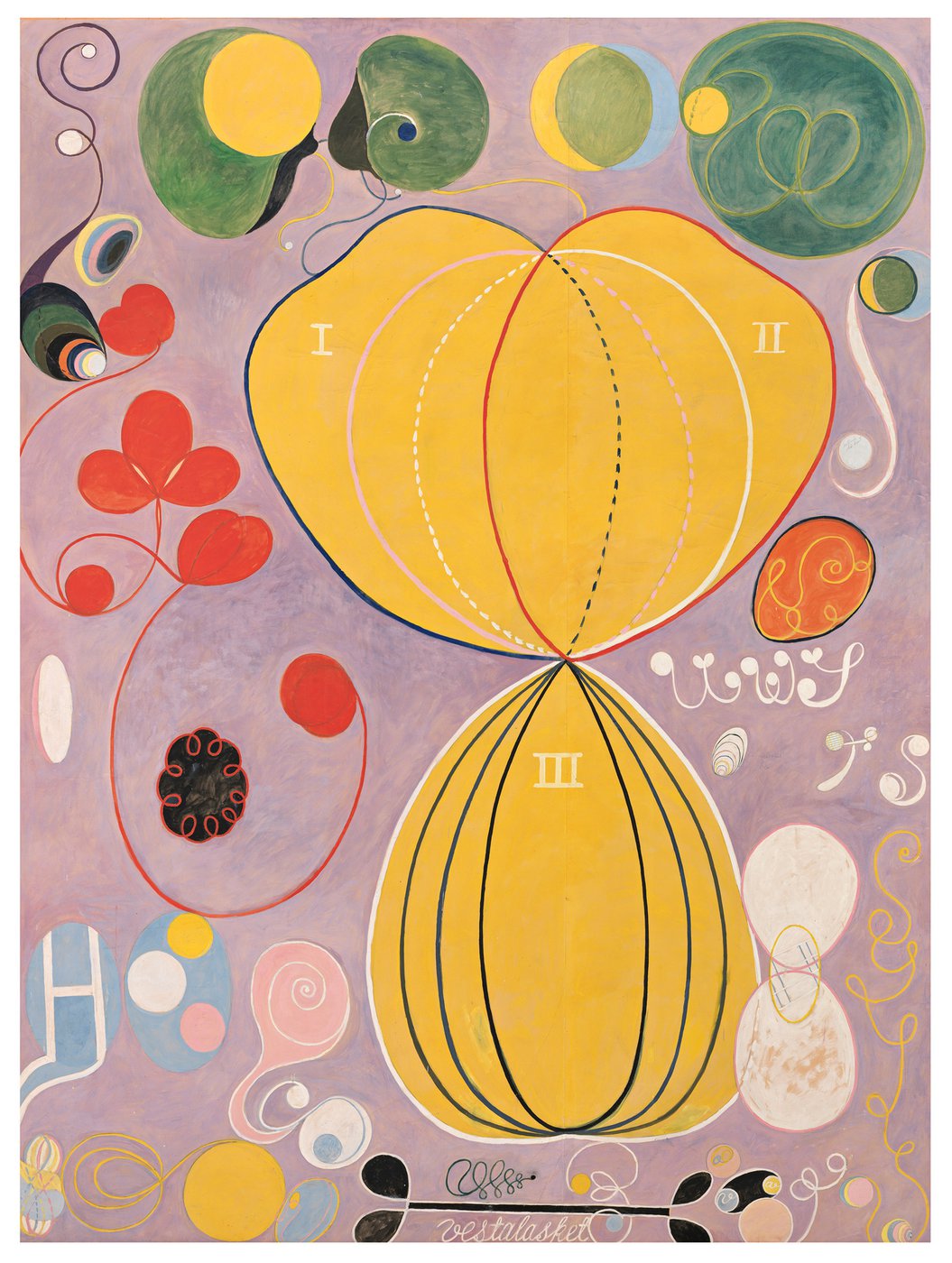 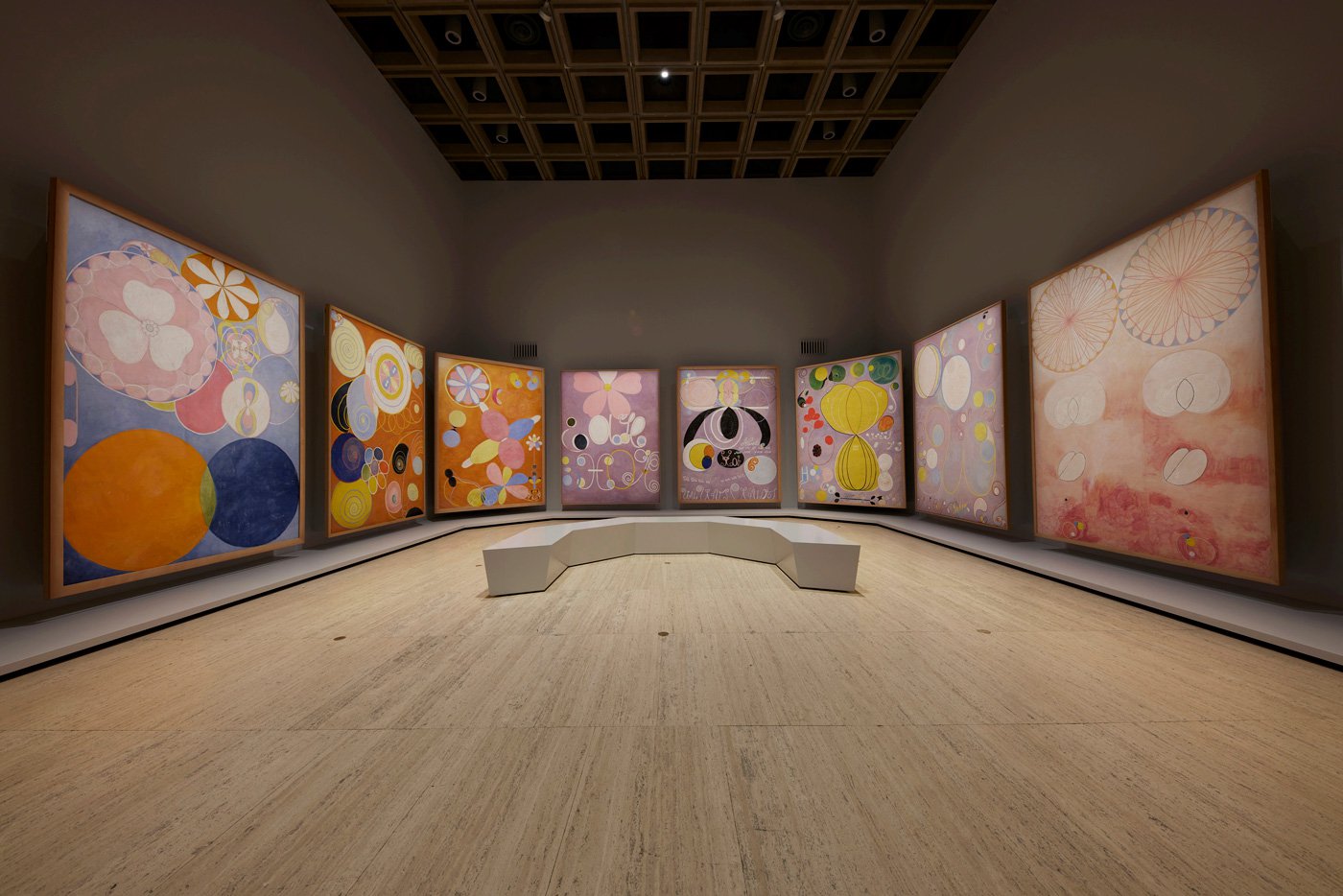 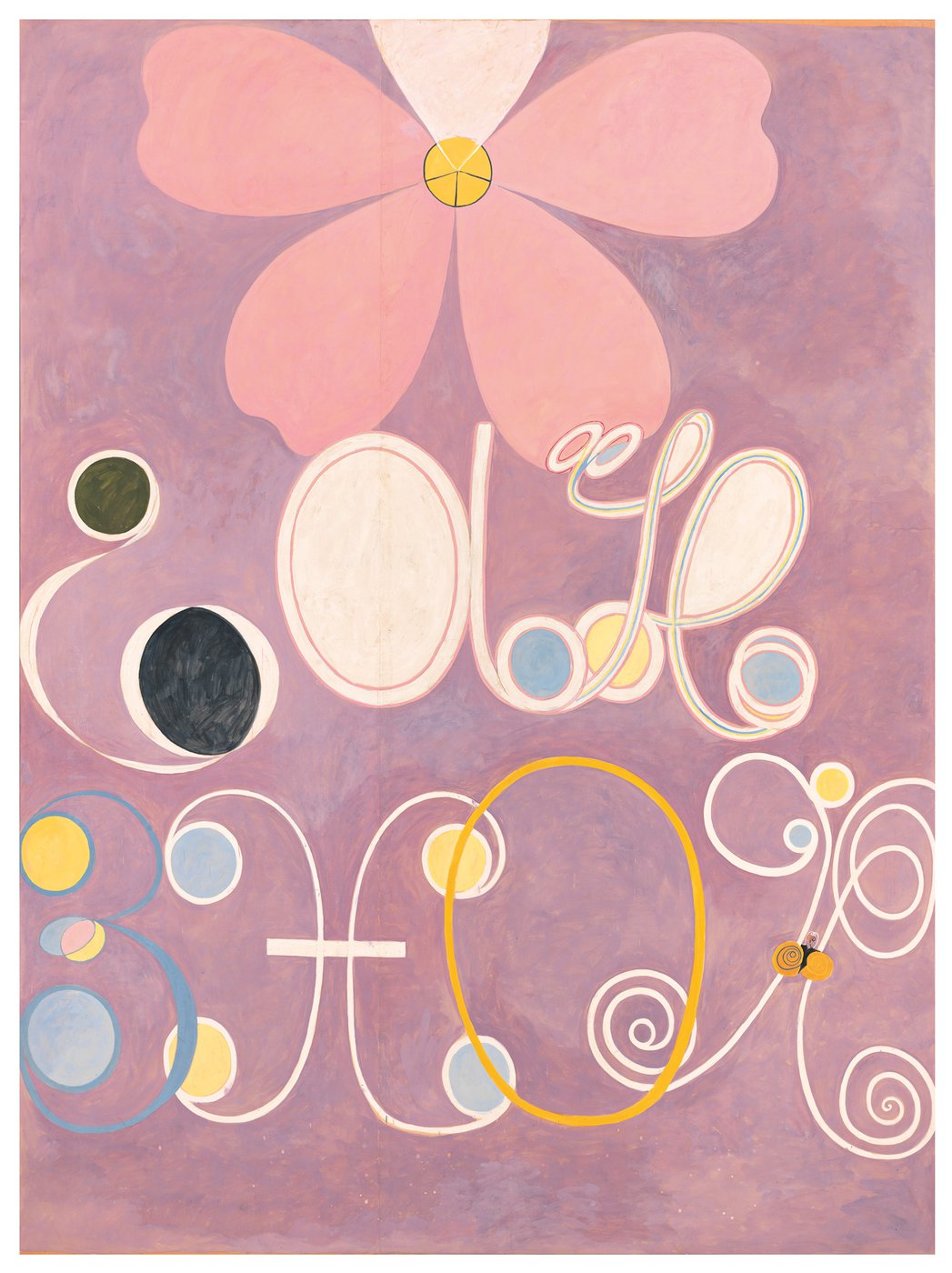