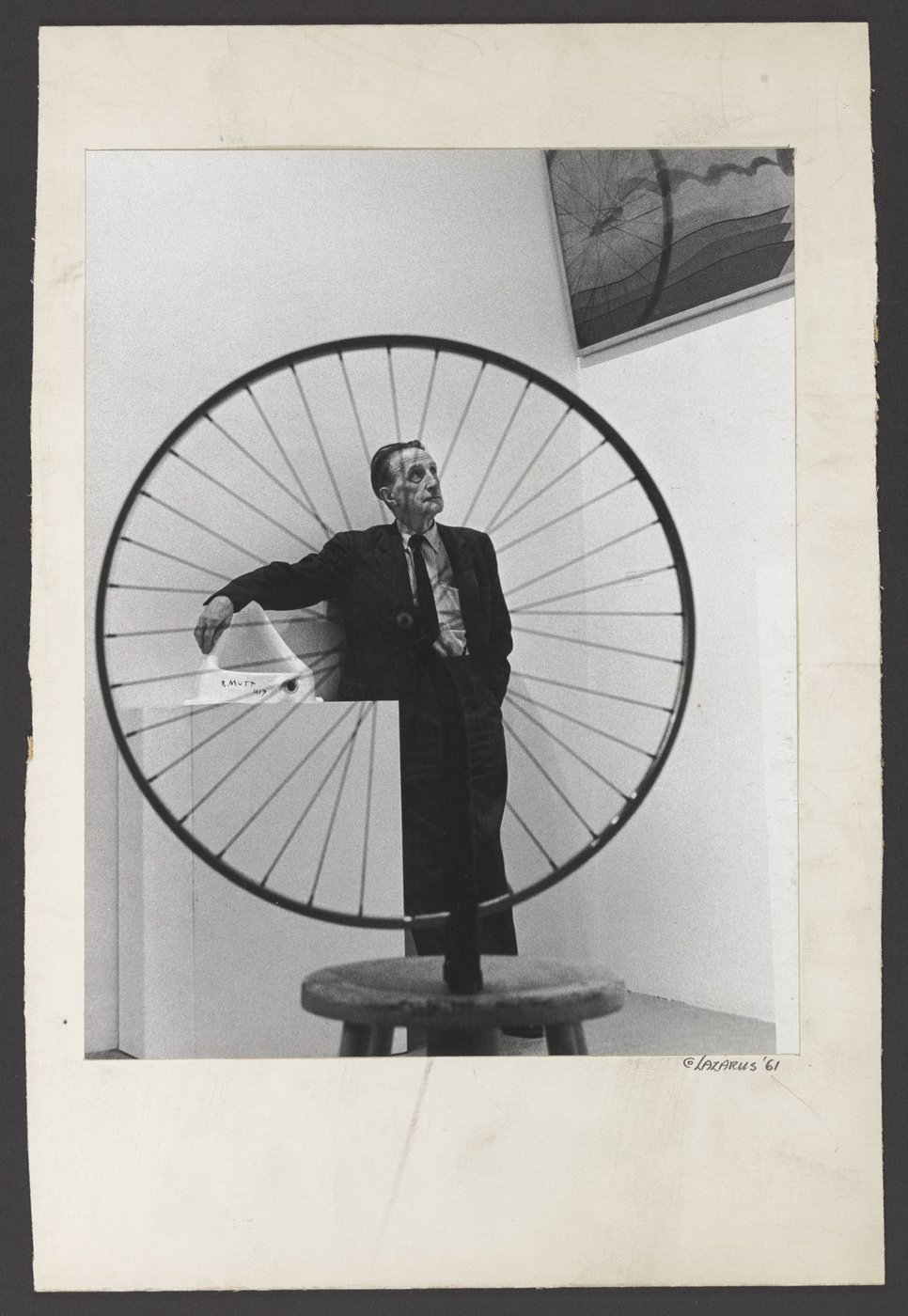 Marvin Lazarus, 'Duchamp at Museum of Modern Art's Art of Assemblage Exhibition (Standing next to urinal and behind bicycle wheel)', 1961, Gelatin silver print, Image: 8 5/8 x 6 3/4 inches. Gift of Jacqueline, Paul and Peter Matisse in memory of their mother Alexina Duchamp

Who was Marcel Duchamp?

Marcel Duchamp (France/USA, 1887–1968) was one of the most original figures in the history of modern art. He began making his name in 1911 as a member of the Paris cubist group. Then, at the age of 25, he took the momentous decision to abandon painting and embark on a life of perpetual self-reinvention. ‘I was interested in ideas,’ he reflected in 1946, ‘not merely in visual products.’

In 1912, Duchamp started the long process of creating the most complex work of his career, The bride stripped bare by her bachelors, even (The large glass), a construction that epitomised his goal of shifting art from the visual to the conceptual. One year later, the first of the works he called readymades – ordinary objects that gained unexpected meanings when he placed them in artistic contexts – pushed aside conventional definitions of art entirely.

During the 1920s and 1930s, Duchamp propagated the myth that he had given up art and devoted himself to playing chess. But at the same time he launched new projects under the cover of a female alter ego named Rrose Sélavy. The artist retained his aura of mystery rooted in his elusive persona and his unconventional artistic activities even as he became increasingly famous after World War II.

In 1950, Duchamp assisted his primary patrons, Louise and Walter Arensberg, in negotiating the gift of their distinguished collection to the Philadelphia Museum of Art, thereby ensuring that the majority of his work would remain together in a single instituti­­­on. That gift forms the core of this exhibition. Organised into four chronologically arranged sections, 'The essential Duchamp’ is the largest exhibition of the artist’s work ever seen in Australia. It presents a comprehensive overview of a figure who transformed our thinking about the artistic act and about art itself.

Anything is art if an artist says it is. 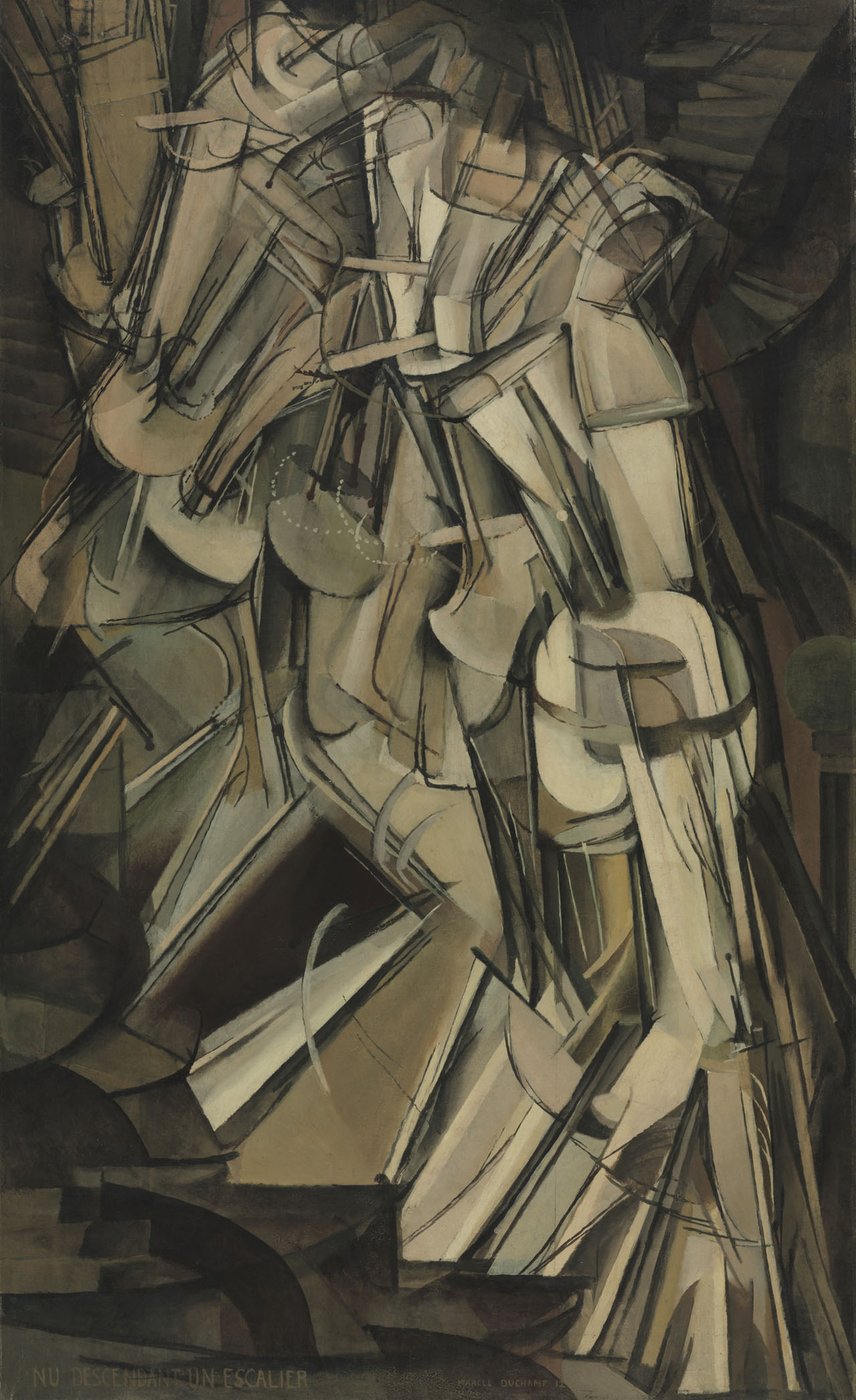 The nude figure is here portrayed as a mobile, mechanised form. To achieve this effect, Duchamp combined cubist abstraction, modern mathematical concepts of geometric space, and ideas for representing movement borrowed from scientific photography. Duchamp submitted 'Nude descending a staircase (no 2)' to the Salon des Indépendants, an important annual exhibition of modern art in Paris, in the spring of 1912. The hanging committee, which was led by some of his fellow cubists, asked Duchamp to make some changes to the work. Perhaps they objected to the representation of dynamic movement. It may also be that the subject of a nude walking down stairs or Duchamp’s writing the title in big block letters at the bottom of the canvas seemed preposterous. Duchamp withdrew the work. Ultimately, 'Nude descending a staircase (no 2)' became a success by scandal at the Armory Show in New York the following year. 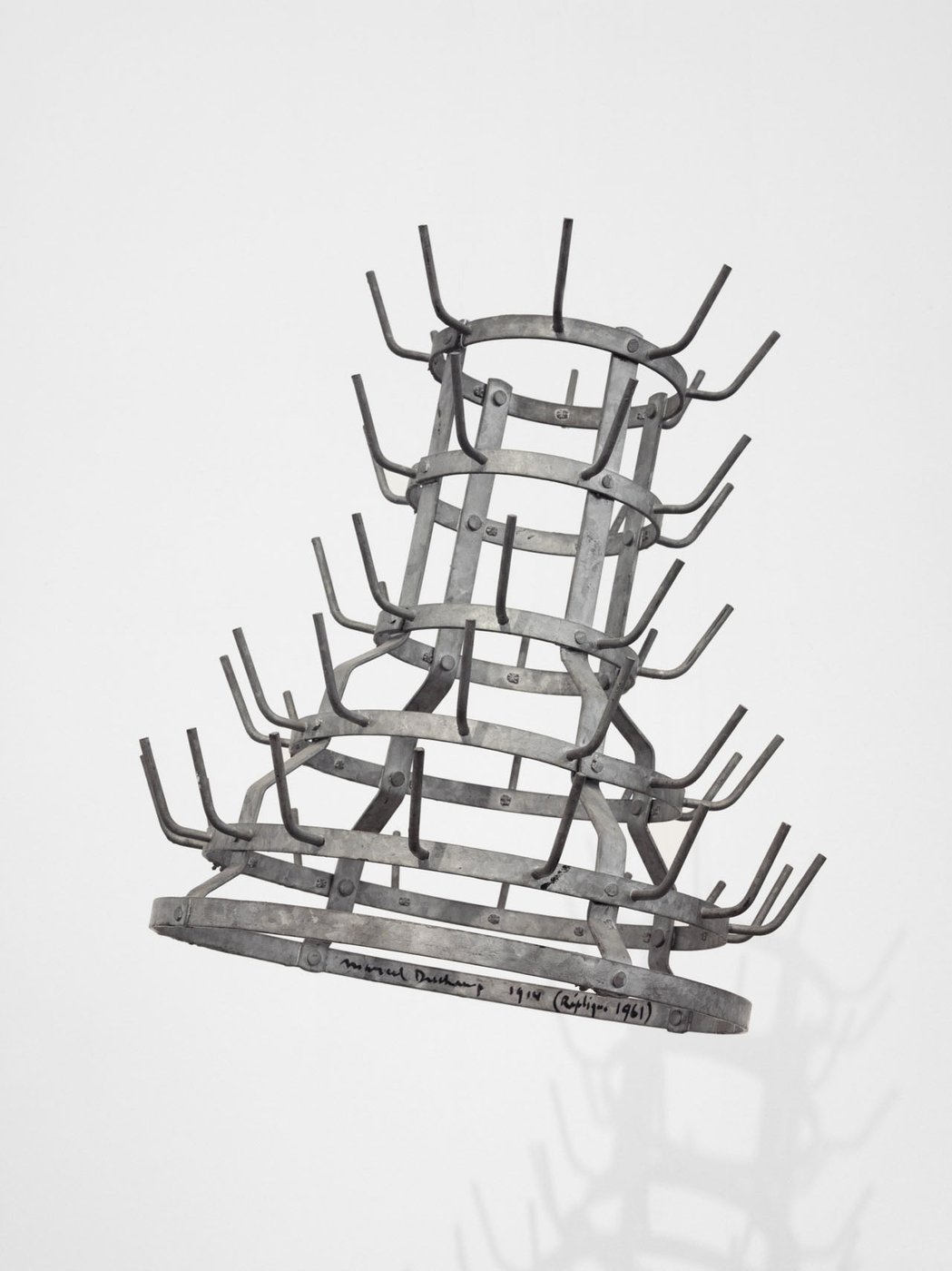 'Bottlerack' was a circular stand with branches for putting wine bottles up to dry that Duchamp originally purchased in a Parisian department store.

Duchamp-influenced artworks from the Gallery’s collection 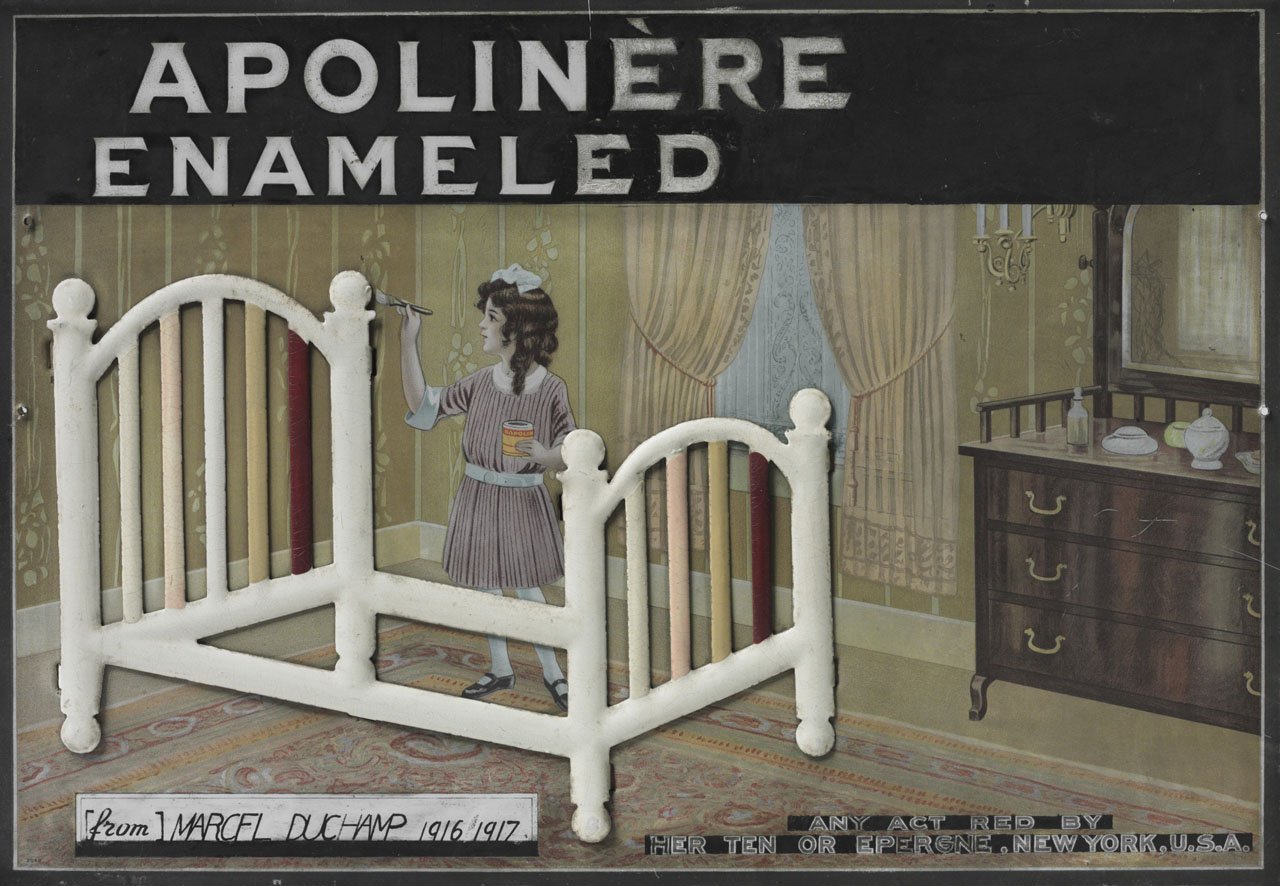 Many readymades involved varying degrees of reworking. 'Apolinère enamelled' is a tin signboard advertising a brand of enamel paint. Duchamp added a reflection of the little girl’s hair in the mirror and altered the letters of the ‘Sapolin’ brand name in homage to his friend the poet Guillaume Apollinaire. The signature ‘[from] Marcel Duchamp’ – not by Marcel Duchamp – underscores the artist’s withdrawal from painting as a craft. 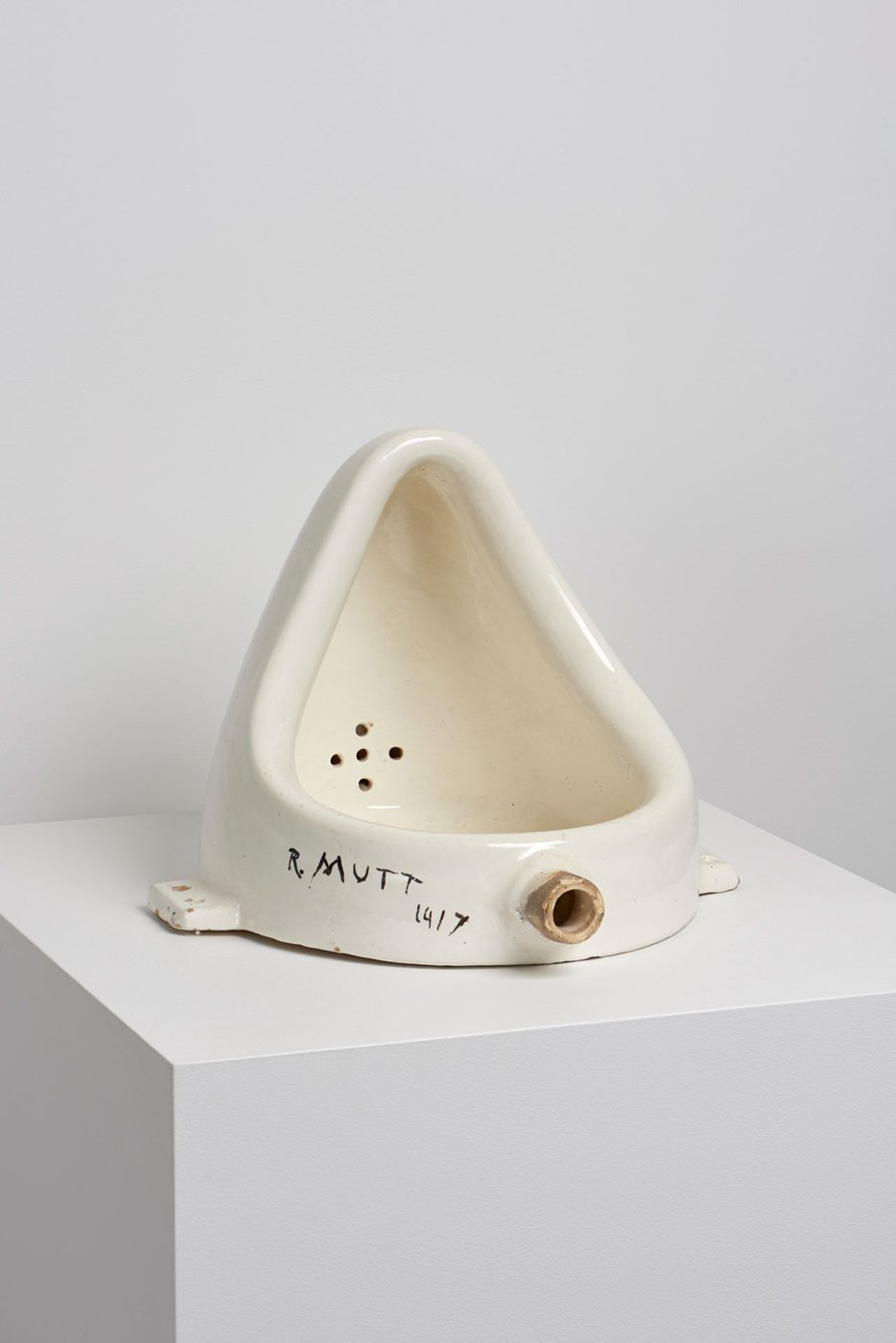 It’s the viewer that makes the work.

We asked an artist, a chess expert, a millennial and others what Duchamp means to them. 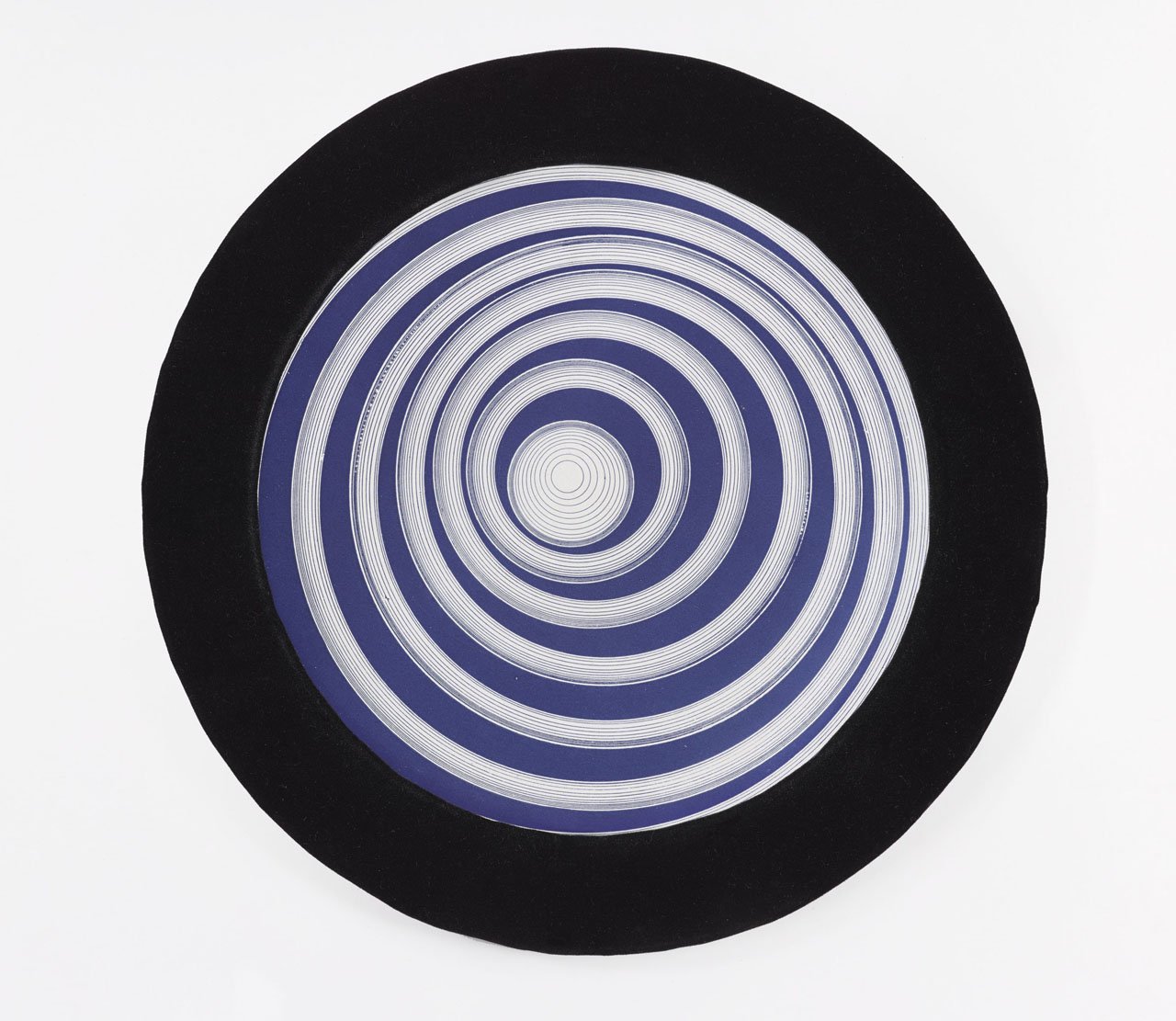 Ten years after 'Anemic cinema', Duchamp had a series of 12 designs printed on both sides of six cardboard disks. He then packaged the disks like a commercial product and introduced them to the public at a rented booth in the annual fair of the Association of French Inventors and Manufacturers. With these optical gadgets, he deliberately crossed the line separating fine art from industrial culture. 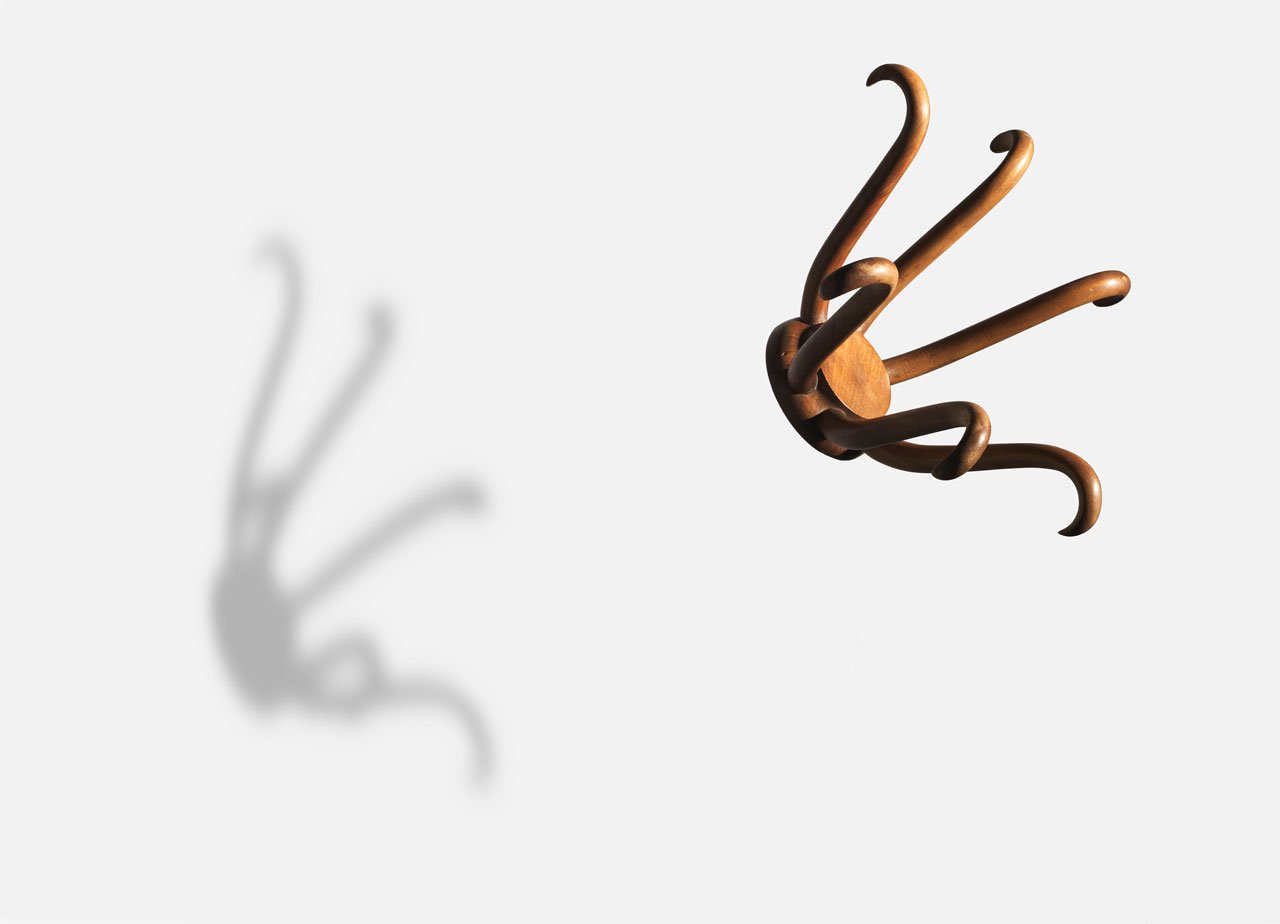 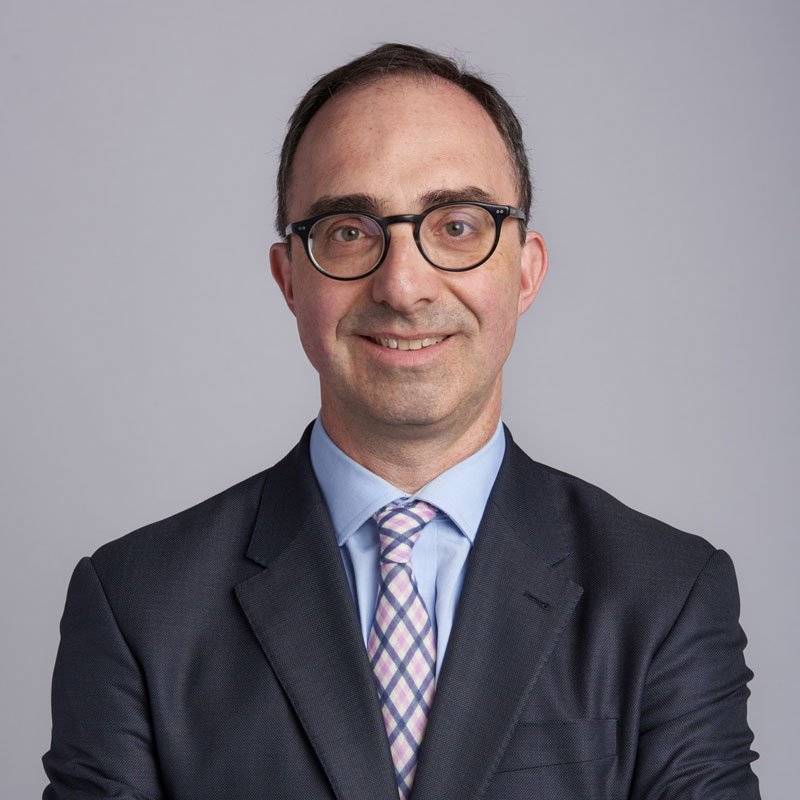 Matthew Affron, 'Given: Marcel Duchamp' at the Art Gallery of NSW

Matthew Affron is the Muriel and Philip Berman Curator of Modern Art at the Philadelphia Museum of Art. Matthew Affron’s lecture tells the story of the life and art of Marcel Duchamp (1887-1968): his beginnings as an artist and his engagement with cubism; his decision, at age twenty-five, to abandon painting, and its momentous consequences; the launching of new projects in the 1920s and 1930s using the name of Rrose Sélavy, a female alter ego; and finally, Duchamp’s paradoxical celebrity after the Second World War. His lecture concludes with reflections on Duchamp’s legacy for art in the West.